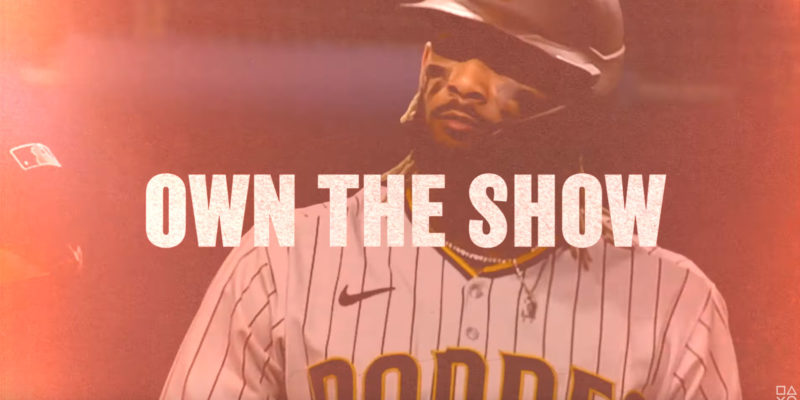 One of Sony’s best exclusives is coming to Xbox. On April 20th, MLB The Show 21 will launch on PlayStation 4, 5, Xbox One, and Xbox Series X|S. Sony San Diego’s outstanding take on America’s Pastime will also enjoy cross-platform play, and progression.

“This is a very exciting moment for all of us as the storied franchise will be accessible to more gamers than before. We would like to thank everyone at PlayStation, Xbox, Major League Baseball, Major League Baseball Players Association and the San Diego Studio for working diligently to bring MLB The Show to more users.”

It’s fantastic news, especially for Xbox owners who have traditionally had limited options for baseball games on the platform. Super Mega Baseball 2 was about it. It isn’t licensed by Major League Baseball, but it offered a pretty damn good baseball game. R.B.I. Baseball tried to fill the MLB licensed void, but doesn’t even begin to approach MLB The Show’s quality.

Get’em, Tatis. Baseball hasn’t been this fun to watch in years.

Sony’s San Diego Studio acknowledged the ongoing global pandemic is changing the way this year’s game will be revealed. Starting in March, the developers will release a series of six Feature Premieres that’ll cover how this year’s MLB The Show will be different from last.

For all the diehard MLB The Show fans, a Collector’s Edition will be revealed on Wednesday (Feb. 3).

There will be multiple versions of the game when it launches on April 20th. Last-gen versions (Xbox One, PS4) will retail for $59.99. Current-gen (PS5, Xbox Series X|S) will retail for $69.99. Just a little heads up to make sure you get the right version when MLB The Show comes out.