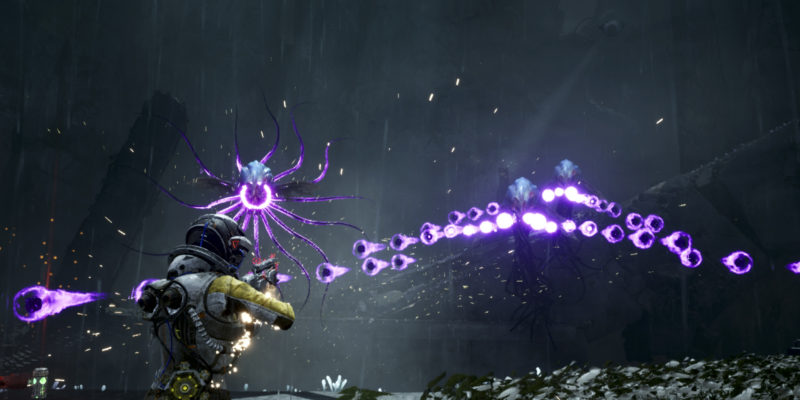 Sony announced this morning Housemarque’s latest game, Returnal, is coming on April 30th. Initially slated for a March 19th release, Sony said the extra time will be spent “to continue to polish the game to the level of quality players expect from Housemarque.”

The Finland based studio is known for its top-down and side-scrolling games with slick combat. With Returnal, we get a third-person camera angle while hopefully retaining the awesome action gameplay Housemarque is good at. A trailer from a couple of weeks ago showed off the game’s combat, focusing on the weapons, tools, and buffs.

Housemarque describes Returnal as “our most ambitious project to date. With Returnal, we’re creating a huge third-person action title and exploring narrative storytelling.”

The game also leans into the roguelike genre as your character, Selene, is stuck in a resurrection loop on a hostile planet.

And since Returnal is a PS5 exclusive, you can count on it taking advantage of the PS5 controller’s adaptive triggers. Here’s Housemarque describing how they use them:

“By using the Adaptive Trigger players can move seamlessly between aiming down sights and activating Alt-Fire: Squeeze it halfway down to aim down the iron sights; squeeze it all the way down to activate your rechargeable Alt-Fire attack. Switching between modes on a single trigger will become second nature in no time.”

We know Housemarque can make a good arcade action game. So far, Returnal looks like it’s going to be more of what the developer is known for. We’ll see if it delivers on April 30th.