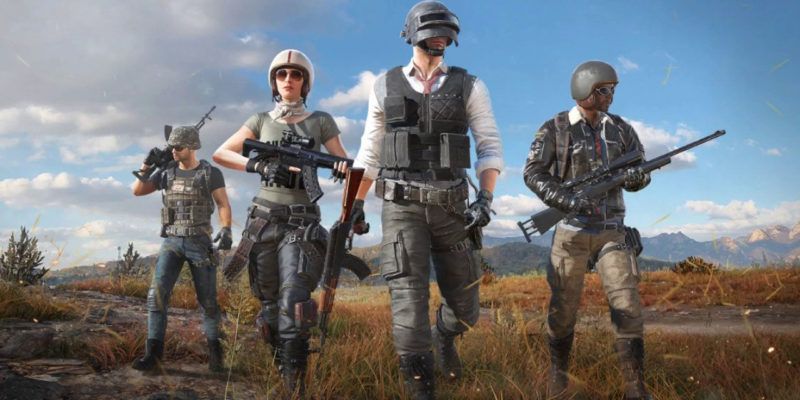 Brendan “PlayerUnknown” Greene is no longer at PUBG’s parent company Krafton. The two sides are still on good terms though, with Krafton holding a minority stake in Greene’s new studio, PlayeUnknown Productions. Here’s a part of what Greene had to say about his time at Krafton:

I’m so very grateful to everyone at PUBG and KRAFTON for taking a chance on me and for the opportunities they afforded me over the past four years. Today, I’m excited to take the next step on my journey to create the kind of experience I’ve envisaged for years. Again, I’m thankful for everyone at KRAFTON for supporting my plans, and I’ll have more to reveal more about our project at a later date.

Details on this new project are understandably on the light side, but the press release does mention “the team are exploring the systems needed to enable massive scale within open-world games.”

Yeah, that doesn’t say much. Battle Royale is Greene’s wheelhouse, but I hope his new studio looks beyond the genre or tries something new with it.

Greene’s influence on today’s gaming industry can’t be understated. His modding efforts helped turn the Battle Royale genre into the mainstay we see today. He first released a Battle Royale mod for DayZ in 2013, then recreated it in Arma 3 the following year. He also worked as a consultant on H1Z1.

H1Z1 was probably the first time Battle Royale started to see mainstream adoption. After that, he joined Bluehole as creative developer and helped craft PlayerUnknown’s Battlegrounds (PUBG). The genre quickly took off from there with the release of Fortnite, Apex Legends, Warzone, and many more. And it’s showing no signs of slowing as Battle Royale games continue to be some of the most popular multiplayer games.

As for PUBG? It’ll be fine. Greene hasn’t been a major part of active development for the game since March 2019, when he started leading a new team called PUBG Special Projects.

Another new map is on the way later this year or early next. Codenamed Kiki, it’ll be another 8×8 map and “boast a diverse set of locations, from mysterious underground labs to massive skyscrapers, swampland, subways and underwater buildings,” according to the developers.