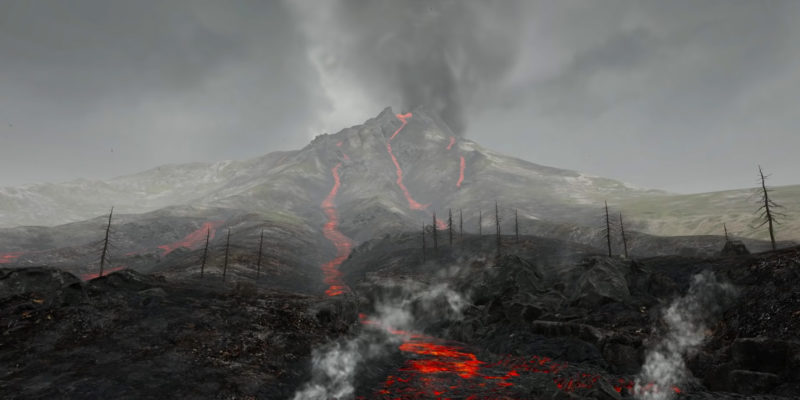 PUBG’s season 9 is coming later this month, and with it, a new map called Paramo. But it’s not the run of the mill map we’re used to seeing. The developers describe Paramo as a “dynamic landscape” that “will keep you guessing each drop.”

On Twitter, PUBG Corp. calls it “one new map, thousands of possibilities.”

In a 40-second posted early this morning, we get a glimpse of just how dynamic the new map can be.

The changing environment instantly jumps out. A lush landscape gives way to a charred one following a volcano eruption. But watch it again starting at 0:15. The building layouts completely change four times. There even appears to be changes to the landscape itself with hills shifting on the right and left edges of the video between each quick cut. The devs weren’t kidding when they said the new map would keep you guessing.

While Battle Royale games continue to be all the rage, the genre is still in its infancy. There’s plenty of room to keep innovating on the formula. With Season 9, PUBG is going for an ever-changing map.

There’s still plenty about Paramo we don’t know. How big will it be? Are we looking at a size comparable to Erangel and Miramar (large), or Sanhok and Karakin (small)? I haven’t seen PUBG give concrete confirmation, but the consensus seems to be that Paramo will be a small map. And I agree.

If Paramo lives up to the developers’ promise, we’re essentially getting a new map every time we play. The time it took to create this had to be staggering. Plus, a smaller map offers a good trial run to see how the community responds. If the community responds well to it, maybe we see the devs tinker with a much larger map the next go around. Or maybe Erangel could eventually get the dynamic treatment.

I’ve already been on a PUBG kick again, and this new map will keep me busy for a while. Now, we wait for more info. What’s with the bigger package drop? Any new guns?