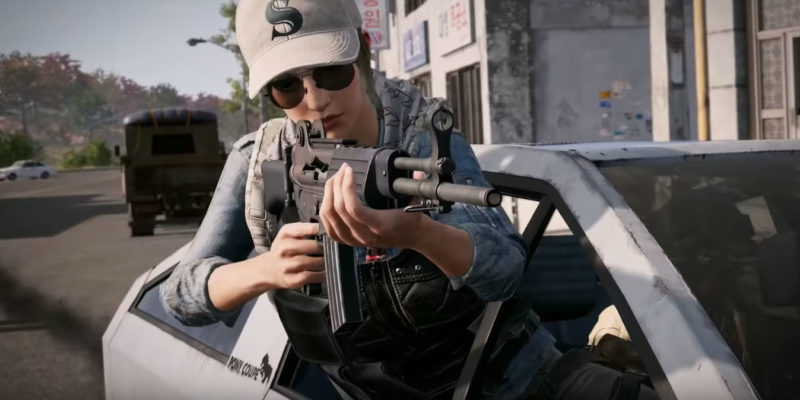 When the PUBG devs released the recent Miramar map update, they teased two new maps. One of them, called Taego, is coming as part of the 12.2 update on July 7. Yesterday, a short teaser revealed new features, weapons, and vehicles. Check out seven seconds worth of Taego below.

Yep, that does look like a self-revive feature at the two-second mark. We know Taego will feature a respawn mechanic, but the developers haven’t said much else. Maybe lootable revive kits across the battlefield?

I’m glad the developers are looking into a respawn mechanic. No one wants to sit around and watch their friends play for 20 minutes after an early death. Hell, more times than not – we back out if someone dies in the first five minutes. So far, it appears only Taego will have this respawn mechanic teased by the PUBG devs. We should learn more about exactly how this feature works soon.

We get a few more quick cuts showing a super-sized airdrop with about a dozen crates falling from the sky. And another showing what looks like some new zone mechanic that expands from a certain location. Is this a smaller zone more akin to the red exploding area that pops up sometimes? Or a replacement for the traditional zone that closes in from the edges of the map?

We also catch glimpses of a pair of new guns, and that wraps up the teaser. Taego hits PC on July 7th and console on July 15th.

Taego won’t be the only new map possibly coming this year. A second map, codenamed Kiki, is slated for a late 2021/early 2022 release.