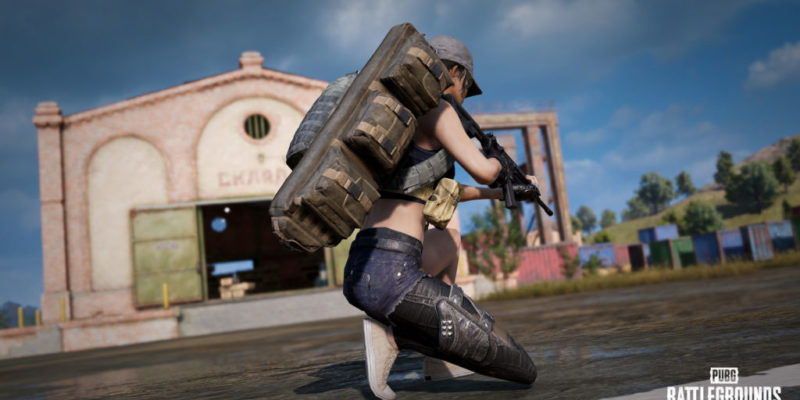 4/7 UPDATE: The Tactical Pack is getting tweaked yet again.

Patch 16.2 just went up on the Test Server, and with it, many new features and loot increases. The headline feature is the addition of two new pieces of tactical gear – the Tactical Pack and the Spotter Scope. Both appear viable options to trade out a second primary weapon, but the Tactical Pack looks like it’ll be the go-to for many players.

The Tactical Pack lets you store “almost any type of item,” according to a blog post detailing patch 16.2. “Turn into a missile silo with four Panzerfausts, or carry two extra sets of vests and helmets for emergencies, or dominate every combat range with an SMG, AR, and DMR combo! Or even better yet, why not carry four Mountain Bikes (because you can) so you and your squad would never need a vehicle again?”

Here’s a quick rundown on the Tactical Pack:

Weapons stored in the Tactical Pack will keep all their current attachments, and any weapon already loaded will stay that way when pulling them out.

It’s a pretty crazy new piece of Tactical Gear. The EMT Bag showed Tactical Gear is worth giving up a weapon slot, but I can’t imagine most folks ignoring the Tactical Pack if they find it. Being able to carry more armor is huge.

A second piece of Tactical Gear was also revealed – the Spotter Scope. This will also take up a primary weapon slot and comes with a fixed 4x zoom magnification. You’ll get real-time distance measurements to help your teammates hit those long-range headshots. But you’ll also be able to mark enemies with passive (white) or active (red) markers. Red markers will be automatically shared with teammates.

The patch notes explain the difference between white and red markers:

Every enemy player and Drone within 1KM of the Spotter Scope’s sight will be marked with a passive marker (white icon). The passive marker will be shown on the seer’s screen only.

There’s no limit to the number of markers, and the markers will stay active for seven seconds if the spotting scope is not actively marking them. A quick note about how it works with smoke grenades: you can not detect or mark players hiding in the smoke unless they have been previously marked (then the seven seconds kick in).

It’ll be interesting to see if any changes are made between the patch going up on test server and it hitting live servers next week. The seven-second feature on the Spotter Scope does seem a bit long. But I’m going to fire up PUBG’s test server tonight to see how it shakes out.

Check out the full patch notes for more, including a new Survivor Pass and tweaks to Training Mode.

Still no word on PUBG’s next map, Kiki.