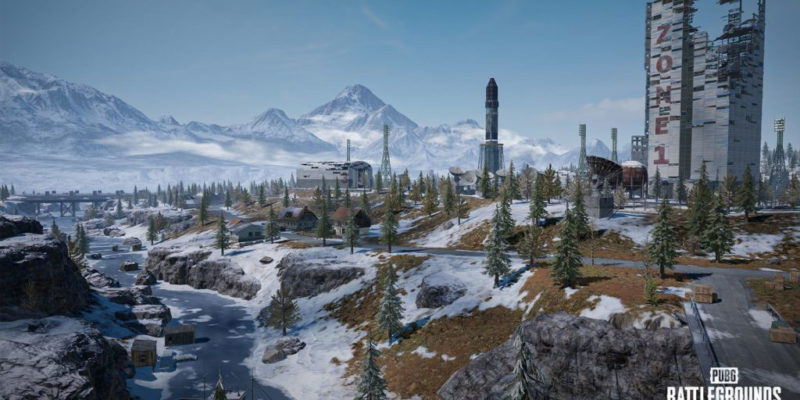 Another PUBG patch means another map shuffle. Sorry Vikendi fans, that map is being pulled from the map rotation. Patch 18.1 goes live next week on PC (June 7) and on June 15 for consoles and shakes up the map rotation once more. Vikendi gets tossed aside, with the smaller Paramo (volcano map) taking its place.

PUBG’s Reddit is full of comments asking the devs to stop removing Vikendi. And I agree. It’s a solid map with a completely different aesthetic. Plus, there are plenty of little compounds to find cover without cars being an absolute necessity like on Taego.

Next week, PUBG’s map rotation will consist of three larger maps (Erangel, Taego, Miramar) and two small maps (Sanhok, Paramo). The developers are making a handful of tweaks to Paramo. From the patch notes:

A pair of images show off the before/after for some of this extra cover.

And here’s a look at that spiral-shaped well object.

Besides that, there are no major features or gameplay changes coming in next week’s patch. We will see the usual tweaks to item spawn balance, bug fixes, etc. You can read more about those in the full patch notes.

The patch notes do not include any mention of PUBG’s next map, Kiki. That’s not too surprising, but we are getting closer to the previously reported release window between July – September. We may end up getting our first look sometime later this month. PUBG tends to be a fan of showing up at Geoff Keighley shows with the free-to-play announcement at last year’s The Game Awards.

And Summer Game Fest is right around the corner. We know 30-40 games are expected to be shown off during the June 9th event. We’ll keep an eye out to see if PUBG’s Kiki map will appear there.