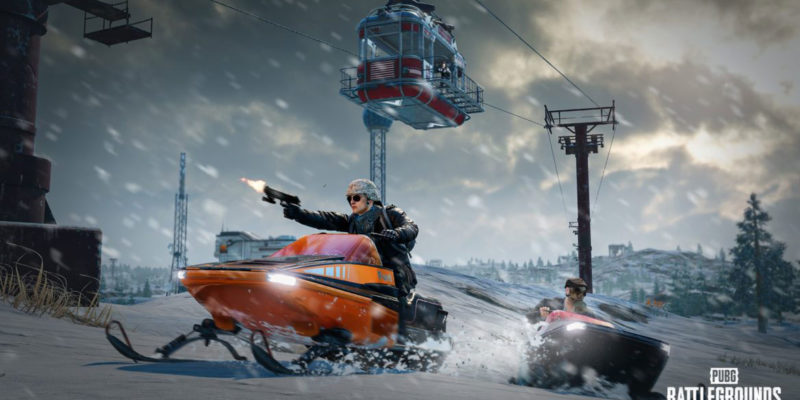 As expected, the PUBG Vikendi update (patch 21.1) is going live on test servers later today. The folks at Krafton published the usual extensive list of patch notes covering all the new stuff in the latest update. While the Vikendi refresh is the main focus, the devs are also tweaking a few things on PUBG’s original map, Erangel.

First, here’s a better screenshot showing the before and after for Vikendi.

A short trailer shows off the changes to Vikendi’s landscape. While snow still dominates most of the map, there are greener areas, especially in the southwest portions of the map.

As for Erangel? There are a couple of meaningful changes coming to the original map. The devs went and decluttered the areas around the pair of ferries. Now, you’ll be able to drive vehicles directly onto them.

Ferry routes have also been added for folks who don’t use them much. A quick glimpse will give you a good idea of how you’ll make your way to the ‘Military Island.’

The devs also tossed another building below the hospital to give us a better alternative if that drop is too busy.

A new update also means changes to the map pool. Deston is the odd one out this go around. Here’s how the map rotation looks for update 21.1:

PUBG Patch 21.1 will be playable starting today on the test server. Barring any major issues, it’ll hit PC on December 6 with server maintenance ending at 12:30 AM PST. Consoles will get the update on December 15.