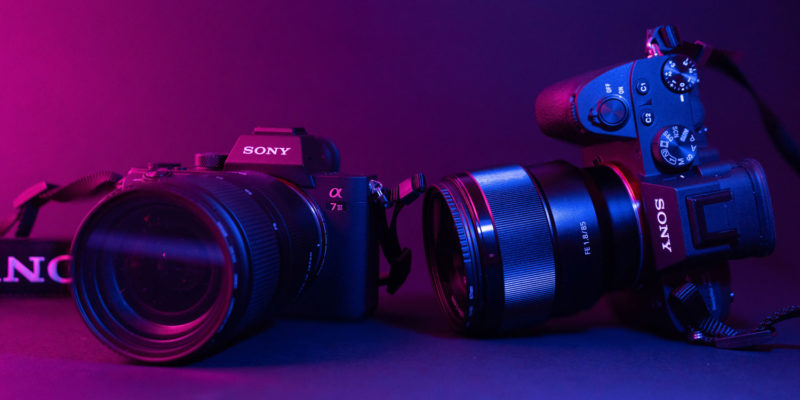 With Summer 2021 in the books, all eyes turn to the holiday season and fresh product launches. Barring any supply chain issues, we should see the launch of the Sony a7 IV later this month. It is the successor to the a7 III, which cemented mirrorless cameras unseating the now old-school DSLRs.

Sony marketed the a7 III as the ‘basic mirrorless camera,’ but it was anything but basic when it came to features. According to the latest rumors, the company is poised to continue its unmatched feature set in the price range.

Sony a7 IV features include a rumored redesigned sensor pushing the megapixel count to 33.

Pricing for the Sony a7 IV is rumored to be in the $2500 range.  That sounds right, with inflationary pressures across the board due to Covid-19 impacted supply chains.

Availability for the Sony a7 IV is another concern. We’ve all seen the news of the crazy backups at the Port of Los Angeles and Long Beach. You can see ships to the horizon when you get near the coast, which doesn’t tell the whole story. The pandemic continues to sweep the globe, causing mass disruptions along all facets of the supply chain, including manufacturing and transportation.

In addition to the new mirrorless camera from Sony, rumors hint at a telephoto lens launch prior to the a7 IV being announced. Right now, all eyes are on a potential 70-200mm f/2.8 GM II hitting the market. It’s a shame that won’t be bundled as a kit, but we can always dream. Updates include better image quality and up to 30% reduction in weight. Another potential spec on the lens is a focus ring, but that feels more like hope over an actual specification.

Keep it locked on News Ledge for the latest rumors as we approach the back half of the month, and hopefully, we are all impressed with the new Sony a7 IV.