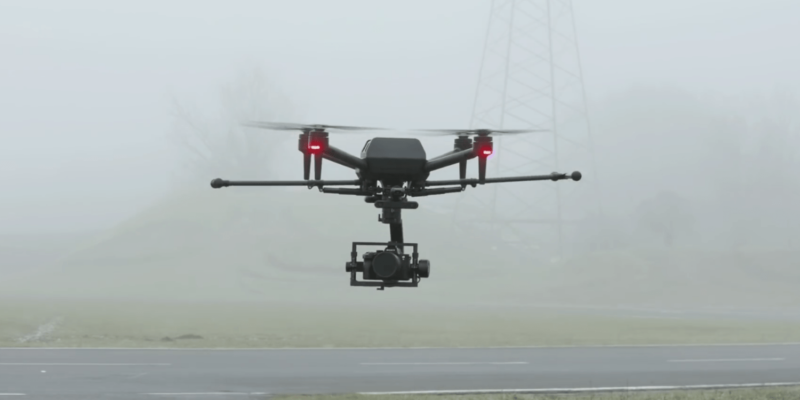 CES is here, and while the pandemic has put a damper on the show, we are still getting a steady stream of announcements. One is from Sony and its upcoming AirPeak drone. If you were hoping for a more off-the-shelf camera drone, the Sony AirPeak doesn’t fit the mold.

It’s designed for serious filmmakers or creators who have a stacked bank account. The youtube teaser shows off the camera drone outfitted with the new Sony a7s III. Two teasers were released where we can get a decent idea of what to expect later in the year.

Multiple features stand out during the videos. First is the FPV camera similar to what you find on the DJI Inspire 2. Next are the landing struts that retract to give the camera operator a full 360-degree view.

Glancing at the video, it looks like the AirPeak will have two batteries, but it’s unknown if they will be hot-swappable in the manner as some DJI products.

One feature I wasn’t expecting to see, but you will notice at around 1:32 in the second video is the gimbal used looks to be a partnership with Gremsy. It’s unclear if this was for demonstration purposes only, or something Sony is planning on pursuing.

The gimbal will also be adjustable to accept a variety of Sony Alpha cameras and their lenses.

What we don’t know is anything on the pricing and release date front. Sony is soliciting feedback to keep adding features with a note going out to professionals:

Sony is obtaining feedback from professional drone users and seeking collaborators* in the United States and Japan to participate in our AirPeak project. Be a part of our community! *Professional Collaborators: people and companies who currently use drones professionally to create content or provide additional services to customers.