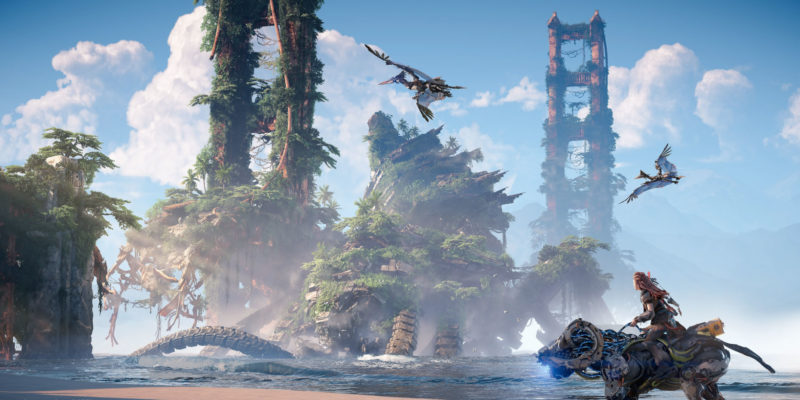 Sony was already making a big push porting their game properties into movies and TV shows. With the Uncharted film pulling in just north of $400 million at the box office worldwide, Sony is cracking the game catalog open even more.

Sony confirmed a slew of new television projects at a recent investor briefing. A Horizon Zero Dawn show is coming to Netflix. Amazon gets Gold of War. And there are plans for a Gran Turismo movie. This trio of shows joins other already announced projects, including The Last of Us show (HBO), a Ghost of Tsushima movie, and a Twisted Metal series (NBC).

According to Deadline, Sony wants Neill Blomkamp (best known for District 9 and Elysium) to direct it.

The God of War show is the one I’m most pumped about. When Deadline first reported this show was in the works back in March, they also said the series is coming from Mark Fergus and Hawk Ostby. Not names you might recognize, but you’ll recognize their work. Fergus served as writer on Children of Men, Iron Man, and most recently, along with Ostby, The Expanse.

There’s more to the show than just writers, but it’s hard not to get excited when you see those credits.

There are a whole lot of shows/movies coming from game IPs these days, and we’re finally seeing some good ones. Netflix and Riot put together the fantastic Arcane TV series (based on League of Legends). And I had a good time watching the Uncharted film.

Besides the shows mentioned above, Amazon is also working on a Fallout series starring Walton Goggins and is developing a Mass Effect show. I imagine we’ll only continue to see more game studios and publishers jump in. We know EA and Activision have previously mentioned plans to jump into TV.

Work on most of these shows is still in the early stages, so it’ll be a while before we see anything from them.