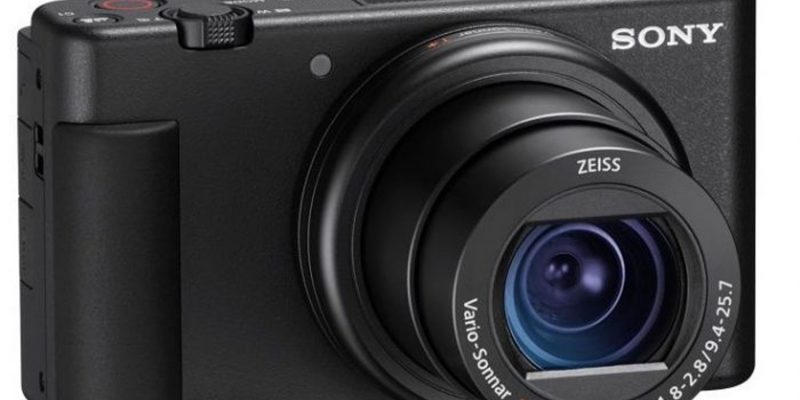 More leaks are out for the upcoming Sony ZV-1 camera via Nokishita. Think a Sony RX100 V, but with a flip-out screen. It will have a 24-70mm f1.8-2.8 Zeiss Vario-Sonnar T lens. Honestly, you can tab over to the tech specs of the RX100 V, and it’s basically what we will see when Sony announces on May 26.

Looking at the product images, everything is lining up with earlier leaks. Big recording button? Check. Why that’s a marketing point is unclear, but it’s there. It should keep the one-inch, 20-megapixel sensor, and according to some leaked press text, it’ll fit the needs of the content creators everywhere. Sure, unless you already have one of the Sony RX100-series cameras in which case this will not be an upgrade.

Sony ZV-1 is for Beginner Vloggers

While we can expect tons of video reviews extolling the promise of the ZV-1, buried in the leaked press text, are the features that YouTuber Camera Conspiracies will have a blast with. Press the Bokeh Switch for instant blurred backgrounds. That would be the aperture, but sure Sony. Give us some fake smartphone bokeh. I’m not sure why vloggers would want blurred backgrounds walking around, but hey, go for it.

There will be improved audio with a new directional microphone that borrows tech from Sony’s video camera division for higher quality sound. Don’t worry; the 3.5mm jack will remain if you want ‘additional’ mic options.

All of the other features read like a new RX100-series camera. Autofocus will be great. 4K video. Stabilization. You name it, and it’ll be there on May 26. What will be interesting is the price. If it’s north of $1200, skip it and go with an RX100 V, VI, or VII. All three will have a flip-up screen, and there’s an entire ecosystem of adapters to create a vlogging rig.

If it comes under the RX100V’s current price, then things get interesting. It would instantly become a vlogging juggernaut sub $900 even if the audio doesn’t match something from RODE.

We shall see next week when it’s unveiled. Summer should be a busy month for Sony as rumors have circled June for some full-frame E-mount products. Sony a7 IV? The mythical Sony a7s III? Something completely different? Regardless, Sony better come to play because the Canon EOS R5 is not messing around when it comes to specs.