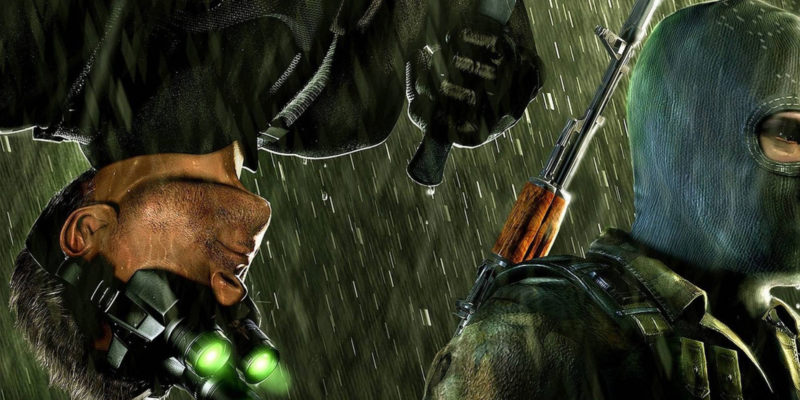 The day is finally here. Ubisoft has officially announced a new Splinter Cell game. It’s going to be a remake, not a remaster. The difference? Here’s Producer Matt West describing it:

“To me, a remake takes what you’d do in a remaster and goes a little bit further with it. The original Splinter Cell has a lot that was amazing and revolutionary at the time it came out, 19 years ago. The gaming public now has an even more refined palate. So, I think it kind of has to be a remake as opposed to a remaster.”

West also jumped ahead of fans’ concerns that Splinter Cell would become open-world like many other Ubisoft games. “… and we are going to keep it linear like the original games, not make it open world.”

Thank god. Not everything has to be a sprawling open world. And with such an emphasis on stealth, Splinter Cell is much more suited to a linear design.

Creative Director Chris Auty also touched on how the franchise’s stealth gameplay is paramount. “It’s important for us to preserve the sense of mastery by supporting players who observe the situations, make their plan, use their gadgets, and outsmart the enemy creatively to deal with the challenges they are presented with. Ideally, they end up coming out on the other side with no one having realized you were even there. That’s the essence of Splinter Cell.”

This new Splinter Cell is being remade within Ubisoft’s Snowdrop engine, so we know it’ll look good. That same engine was used in The Division 2 and Ubisoft’s upcoming Avatar and Star Wars games.

It’s extremely early days for this Splinter Cell remake, but the team behind it is saying all the right things. “Respect the goggles” is a tagline the studio has adopted. Splinter Cell fans have waited way too long for a new Splinter Cell, and they’re going to hold you to that. We’ll see if they can execute.

As for a release date? Today’s announcement lets us know Ubisoft has given the greenlight to begin development. Treat it like a CGI announcement trailer. We probably won’t see Sam Fisher back again until 2023.

Now, confirm Spies vs. Mercs is returning and I’m sold.