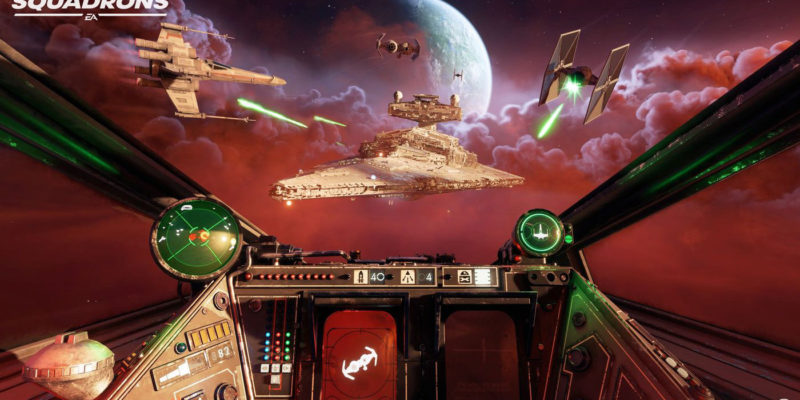 This isn’t the content you’re looking for. A set of cosmetics are coming to Star Wars Squadrons tomorrow in the form of the Mandalorian Supply Drop. Eight cosmetics, including a Baby Yoda figure, will let you spruce up your starfighter’s cockpit.

Unfortunately, this seems to be all the new content we’re getting in the short term. This month, UploadVR spoke to Ian Frazier (Creative Director on Star Wars: Squadrons) about plans for Squadrons post-release.

“Never say never, so to speak, but as far as our philosophy goes we’re not trying to treat the game as a live service,” says Frazier. He went on to say the team at EA Motive wanted to treat Squadrons like an old-school game release. You pay $40, you get the game, and that’s it.

Well damn. The one time I want to see EA give us a live service game, and they decide not to go all classic game release on us. I can respect that, but there is so much potential here to add in new ships and maps. Here are just a few off the top of my head:

Plus, the devs could always dive deeper into the prequel trilogy for more ships. Not to mention all the planets we could fight above like Mon Cala (Mon Calamari home planet), Kessel, and plenty of others. Or hell, give us some completely new stuff.

Maybe the old-school approach wouldn’t rule out an expansion? Then again, any post-launch content would all depend on sales and the community size. Unfortunately, the community seemed to move on quickly. The 24-hour peak on Steam is around 2,100. Thankfully, there’s cross-play, so Squadrons fans should still have no problems finding games between PC, PS4, and Xbox One.

We’ll have to wait and see what EA has planned for Squadrons. On November 5, EA releases their latest earnings report. That’ll tell us how well Squadrons did and give us a better idea of if EA has any future content plans.