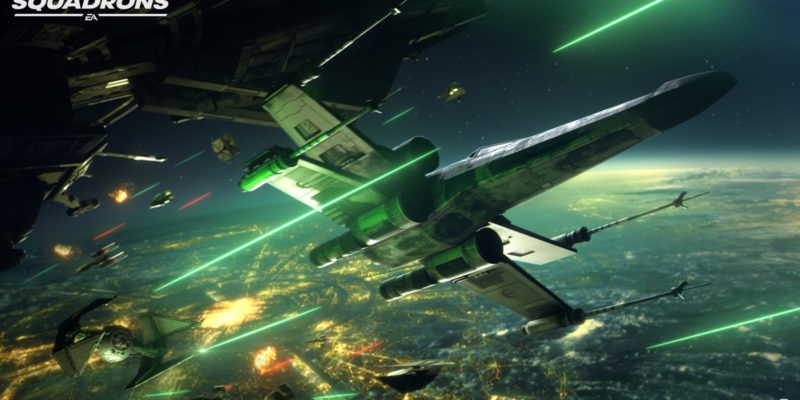 A new update is now live that finally fixes one of my biggest issues with Star Wars: Squadrons. That Aviator control scheme bug? It’s fixed, and I already tested it out to make sure. Controls feel much snappier.

That bug was one of more than 270 fixes and tweaks packed in today’s patch. You can check out the full notes over at the Star Wars: Squadrons Reddit. I’ll cover a few more of the bigger fixes below.

First up, here’s the official note about the Aviator control scheme fix.

Fleet Battles also saw a lot of attention in today’s patch. A new forfeit system is being added and will replace the old ‘Safe to Leave’ and ‘Match Not Scored’ system. Here’s part of what Senior Systems Designer Dan Kim had to say about the new system.

“The new forfeit system puts control back into the players’ hands and allows players to decide which matches are worth fighting until the end and which are worth forfeiting. In either case, players will now be fully rewarded on all sides: players that defeat opponents through natural play or forfeit will now gain full skill points and progression rewards. Players that lose naturally after a teammate abandons or lose by forfeit will still gain full progression rewards but take only half the skill point losses.”

The devs are also implementing stiffer penalties for those who leave Fleet Battles.

There are also several changes to how Fleet Battles’ AI works. AI Starfighter paths have been changed on each map, and the amount of morale gained for destroying them has been changed to 1 while on attack, and 4 while on defense.

Capital ship turrets were also tweaked to be deadlier to players going slow or close to capital ships, and less deadly when traveling fast or farther away. This should help out those TIE Bombers that like to park their fat hulls right above weak points and go to town with their cannons.

There’s a whole lot more in the patch notes, including fixes to HOTAS joysticks, improved spawn points, VR fixes, and more. But that Aviator bug fix and Fleet Battles tweaks are the big ones for me.

The patch is live right now (I checked the Steam version) and is 469 MB.

By Alex Chavers11 hours ago