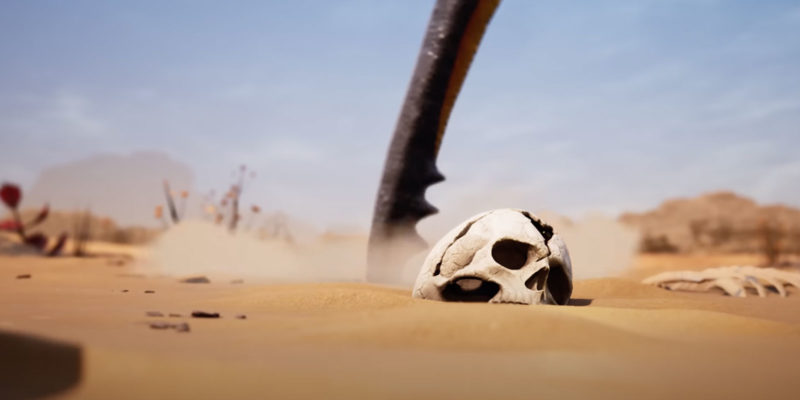 The folks behind the tactical shooter Squad announced their next game today – Starship Troopers: Extermination. It’s a co-op shooter where up to 12 players team up to take on the “Bug menace.”

“Suit up and ship out to a far-off front as a Trooper in the Deep Space Vanguard, an elite Special Forces group within the Mobile Infantry. It’s up to squads like yours to battle against hundreds of bloodthirsty insectoid aliens and take back fallen colonies for the Federation. The only good Bug is a dead Bug!”

A short teaser doesn’t show gameplay, but a batch of screenshots do.

Here’s a screenshot showing the building mechanic in the game.

And a blurb straight from the game’s Steam listing about the mechanic:

Another screenshot shows a glimpse of the class system (we can choose from three: Assault, Support, and Defense).

And a look at the character progression system.

One more gives us a look at the gameplay.

The devs promise large-scale battles and describe a map with five unique zones with “swarm-based combat with hundreds of enemy Bugs on screen delivers the sense of an overwhelming planetary war.”

Starship Troopers: Extermination is slated for an Early-Access launch in 2023, and is expected to stay in this Early-Access period for one year. The devs have also laid out their vision for new content following the launch:

“Throughout Early Access we will provide players with more weapons, an updated class leveling system as well as progression achievements and unlockable skins for both weapons and armor. Additionally we will be adding vehicles special call in attacks including massive Orbital Strikes to help during missions. On the enemy side we will be adding more bugs, flying enemies, and boss battles that require complex player coordination to accomplish.”

“As we progress in development, our goal is to then begin ongoing planetary battles where the player can explore new items and enemies introduced in previous updates as an epic war breaks out. This transition adds a new world as we head to the completion of Early Access. The intent throughout Early Access is to convey that this part of our development cycle is the beginning of the war and the battle will only increase in complexity and ferocity as we move to full release.”