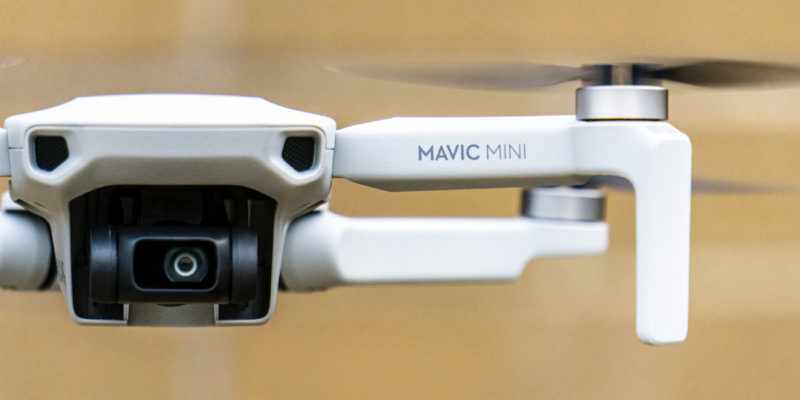 Well, the thought of 2020 being a quiet year on the camera front has been proven wrong. DJI is fresh off the Pocket 2 announcement, and all signs point to the DJI Mavic Mini 2 launching before the holiday season. We know this thanks to Adorama being a bit overzealous in building out its page for DJI’s refresh.

Oh, and the FCC. Seriously, who needs rumors when you have a government database?

We know the camera drone is on the way. A quick search of the FCC database shows it is, along with the oops on Adorama’s part. New information on the drone has it earning a $50 price increase. I’d be interested to know if that’s due to new features or the never-ending US-China trade spat.

What are we getting for the extra $50? Here’s where the rumors and educated guesswork comes into play. First off is the camera. Coming off the launch of DJI Pocket 2, expect the larger sensor to make the leap into Mavic Mini 2. 4K video is a definite at this point. 4K60p? Not happening. But the image quality should see a sizeable uptick from the original Mini.

Battery life will be one to watch. According to FCC filings, the battery is slimming down from 2400mAh to 2250mAh. The battery’s size doesn’t necessarily mean a hit to flight times, but it’s obvious DJI is sticking with keeping the Mavic Mini 2 under the 250-gram FAA registration limit. Let’s see if DJI can work some software magic to maintain the battery life we saw in the Mavic Mini.

Another spot to watch will be the controller. Yeah, not as flashy as camera specs, but the Mavic Air 2 introduced a new controller with the smartphone attached to the top. Will the Mavic Mini 2 see the same controller? I’m conflicted here.

DJI likes uniformity, so I can see a scenario where it gets the new controller. On the other hand, it would be larger than the camera drone itself. The Mini has always been about ultra-portability. I’m of the mind; the Mavic Mini 2 should keep the controller from the original Mini. It makes more sense.

There’s no set date or teaser in the wild, so I think October may be out of the picture. Why step on the DJI Pocket 2 with a late October release? Early November would be a good spot and gets it in front of enthusiasts before holiday shopping begins in full force.

One issue I can see cropping up is stock. Nearly every major tech release has sold out or has been plagued with stock issues. Whether that’s a supply chain issue or just sheer demand is unknown. But one thing is for certain. Expect the DJI Mavic Mini 2 to be a hot holiday gift.

Yeah, if you’ve been following the company, it has undoubtedly been a long time since we’ve seen a prosumer camera drone. The Mavic 2 Pro and Zoom were released in 2018. Add in the decade that 2020 has felt like, and it certainly seems like we have been forgotten.

Thankfully, that’s not the case. All indications are the Mavic 3 Pro is being worked on for a 2021 release. It’s hard to blame DJI. What can you release in a pandemic environment? Do they want to blow the doors off in an uncertain economic climate? Look at the 2020 release. Everything sits well under the $1000 mark.

Cross your fingers, we don’t get hit by an asteroid to cap off 2020, and we enter 2021 with a whole new slate of prosumer camera drones. I’m still holding out hope for a Phantom 5 appearance.