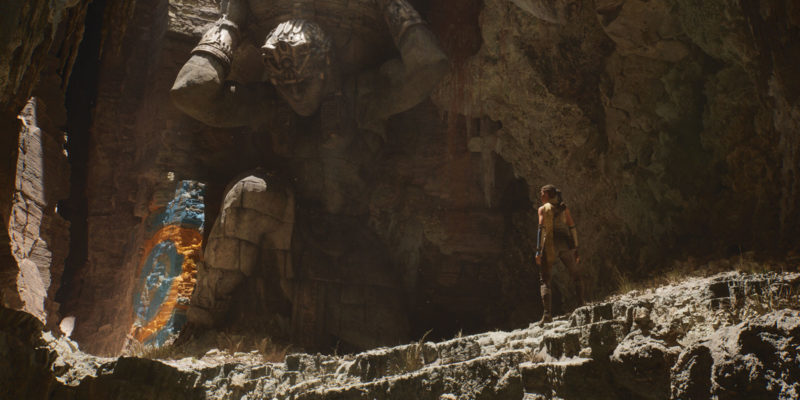 Back in May, The Coalition announced it was shifting development to Unreal Engine 5 (UE5). They also said we shouldn’t expect to hear about new games from the studio for the time being. But that doesn’t mean we won’t see some snippets of what they’ve been up to since moving development to the latest version of Unreal.

The Coalition’s technical director Kate Rayner, and technical art director Colin Penty will hold an hour-long session at GDC on Tuesday, July 20 at 1:20 pm PT. There they will show “Alpha Point,” a new UE5 demo running on Xbox Series X.

From the session description:

“The talk will cover the learnings the team had while creating Nanite-resolution assets and incorporating them into a fully real-time lighting scenario with Lumen and Virtual Shadow Maps. Performance and memory observations will be covered for Xbox Series X and S, as well as VFX, Blueprint, material setup, Temporal Super Resolution, and Virtual Texture findings. The Coalition will also cover some preliminary findings on next-gen character creation and MetaHumans integration, demoing a next-generation character test running on Xbox Series X.”

In May, Epic Games released UE5 in early access, which anyone can download straight from the Epic Games Launcher. A quick YouTube search shows plenty of channels dipping their toes into all the new features UE5 has to offer. The Coalition is one of the premier Unreal Engine developers out there, and it’ll be cool to see what they’ve been able to do with it so far.

As for new games from The Coalition? We won’t be hearing anything on that front for at least a little while. “Shifting to a new engine is a big undertaking,” the developer said back in May. “So we want to be clear that we will not be announcing any new projects or titles for some time.”

One thing is for sure, whatever The Coalition ends up making is going to be a looker.