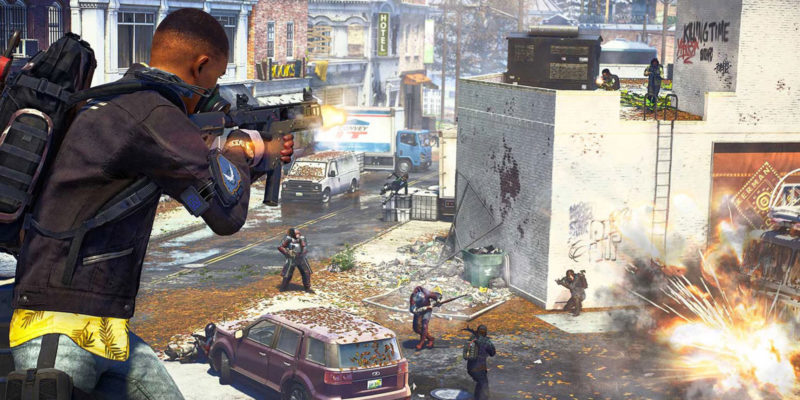 Someone hit the wrong button over at the Ubisoft Store website. A webpage for The Division: Heartland briefly went live yesterday and detailed a new mode called Storm Operations.

Here’s how Ubisoft describes the mode:

“Fight together in 45-player PvEvP Storm Operations against a group of dangerous Rogue agents, an aggressive faction known as the Vultures, all while surviving a lethal virus.”

It sounds like a mix of The Division’s Dark Zone with a circle-closing mechanic made popular by Battle Royale games.

It feels like Heartland is taking a bit of The Division’s DNA (specifically the Dark Zone) and mashing it with the Battle Royale genre. Or maybe a bit of Escape From Tarkov, depending on how deep the gear mechanics are.

We’ll see how it all comes together. It’s not going to be easy launching a new Battle Royale game. Even for Ubisoft. That genre is completely saturated by Fortnite, Warzone, and Apex Legends. And those games have the benefit of being out for a while now to smooth out bugs/balancing issues.

Plus, Warzone 2.0, or whatever it’s going to be called, is only a few months away. If I’m Ubisoft, I pull an Apex Legends and drop the game during this weekend’s event. The game release calendar is a little dry right now, so it’s your best bet to get eyes on it before the usual holiday releases hit.

The listing also says we’ll be able to choose between six agents and three classes each match, “all with their own perks and skills.”

So when will we be able to play this free-to-play version of The Division? That’s one detail the listing didn’t include, but we could hear much more about the game shortly.

Ubisoft is hosting a Ubisoft Forward event on September 10. The publisher has said the event would have updates on several games, including Mario + Rabbids Sparks of Hope and Skull and Bones. We’re also set to get a look at the next Assassin’s Creed. A few minutes dedicated to The Division: Heartland would make sense.