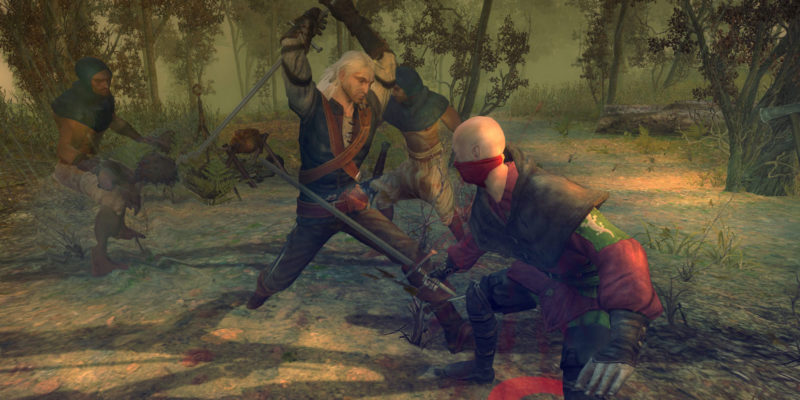 In 2007, The Witcher set CD Projekt Red on the path to where they are today. Fast forward 15 years, and The Witcher is a household name thanks to an insanely popular third entry and a Netflix show. Today, the company announced The Witcher is getting the remake treatment and “is being rebuilt from the ground up in Unreal Engine 5.”

“The Witcher is where it all started for us, for CD Projekt Red,” says Head of Studio Adam Badowski. “It was the first game we made, ever, and it was a big moment for us then. Going back to this place and remaking the game for the next generation of gamers to experience it feels just as big, if not bigger.”

Badowski notes that developer Fool’s Theory will be handling the remake. Most don’t know the name, but several studio members are former CD Projekt Red devs who worked on previous games. Head of Fool’s Theory, Jakub Rokosz, served as Senior Quest Designer for The Witcher 2: Assassins of Kings and The Witcher 3: The Wild Hunt.

So, while not from the original team – it does appear to be in capable hands.

This remake is one of several new games CD Projekt Red announced earlier this month. At the time, it was announced with a codename, Canis Majoris, and was described as a full-fledged Witcher game separate from the new Witcher saga.

Another game, codenamed Sirius, will offer “multiplayer gameplay on top of a single-player experience including a campaign with quests and a story.”

Here’s a quick roundup of all the new games currently in the works from CD Projekt Red and their partners.

CD Projekt Red is still tinkering with a next-gen update for The Witcher 3. No concrete release date yet, but it’s still slated for a 2022 release.

There’s a lot to look forward to for The Witcher fans. While work is underway on The Witcher remake, Badowski did try to temper expectations on a release date, saying, “it will be a while until we start talking about this project in detail.”