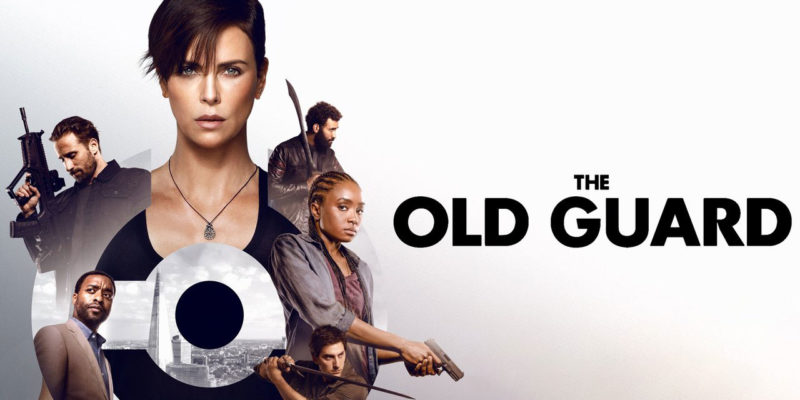 One of my favorite Netflix films, The Old Guard, was confirmed to get a sequel back in 2021. It was heavily teased in the film’s final act when Victoria Ngo’s Quynh catches up with Booker six months after the last act of the movie. The film ends with her character telling the banished Booker, “It’s nice to finally meet you.”

Fans of the film will remember Quynh had a horrific ‘death’ scene play out in one of Andy’s flashbacks, so the likelihood she’s back to spread joy among humanity is doubtful at best. And there are the graphic novels the film is based on in which Quynh believes they are immortal soldiers to make humanity suffer.

Yeah, I’d opt for the book version of Qunyh based on the scene from the first film. She’s not likely to play nice.

The Old Guard 2 is returning most of the cast members. Charlize Theron is returning to reprise the role of Andy, who at the end of the film was revealed to have become mortal. The actress teased the sequel before the official announcement by revealing the script for the second film was complete. Kiki Layne is returning as Nile, along with Matthias Schoenaerts as Booker, Marwan Kenzari as Joe, and Luca Marinelli as Nicky.

The major change will be behind the camera. Victoria Mahoney is taking over as director from Gina Prince-Bythewood. You may recognize Mahoney as the second unit director for The Rise of Skywalker, and Prince-Bythewood is staying on as a producer for the film.

The plot for The Old Guard 2 should grab elements from the second novel with the reintroduction of Quynh. There are some major deviations from the graphic novels in that Andy wasn’t supposed to become mortal, so how that fits into the narrative remains unclear. Prince-Bythewood did speak on why the change was made:

“The one concern that we had in developing it, was, ‘Is there enough jeopardy and stakes?’

“They can die, and they never know when they’re going to, but adding that extra layer gave us that jeopardy for her character and allowed us to really hone in on things that connected me so much with her character when I first read her, this woman who wants it to end.”

When will The Old Guard 2 air on Netflix? When Netflix announced its films for 2022, The Old Guard 2 was conspicuously absent from the sizzle reel. Filming has yet to start on the sequel, but if we follow the first film’s release date, which dropped in July and became one of the most-watched Netflix films ever, I’d circle July 2023 as the likely spot for the Netflix original to drop.

Once filming starts, we should expect social media posts to start appearing from the various cast members. Who knows, maybe a teaser trailer later in the summer or fall? We can hope.

If you haven’t seen the first film, I’d recommend it. For a Netflix film, it’s definitely top tier as the streaming giant does use saturation as a content strategy. Check out the official trailer below and add it to your Netflix queue for those nights when you need something to watch.