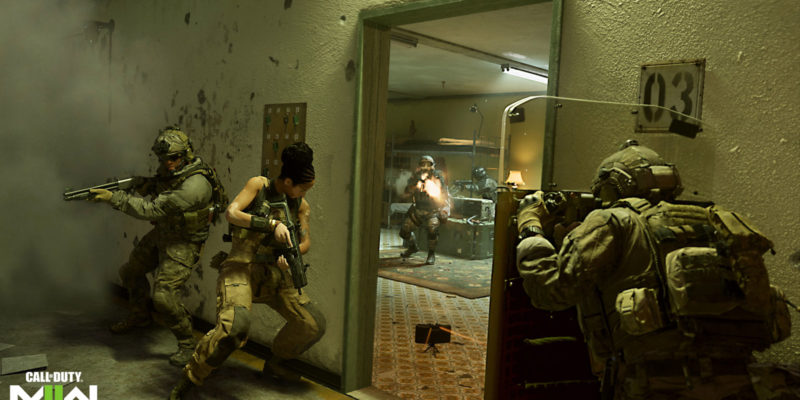 Is Call of Duty 2023 happening? Early reports suggested no, but Activision Blizzard announced yesterday that their plans for 2023 include the “next full premium release in the blockbuster annual series.”

Earlier this year, it was reported the franchise would be skipping 2023 but still receive a “steady stream of additional content.” Bloomberg’s Jason Schreier (who first reported that Call of Duty would be skipping a year) jumped on Twitter to expand on what we’re getting in 2023.

Schreier has a solid track record with his reporting. The post-credit scene from Modern Warfare 2 also points to an expansion.

The post-credit scene from this year’s Modern Warfare 2 suggests the mission will be reimagined as a plane hijacking.

And with the mission appearing in the original Modern Warfare 2, the post-credit scene backs up the “more MWII” from Schreier.

With Activision calling it a “full premium release,” get ready to drop another $70 on it. They can justify the price tag for an expansion if there’s enough story and multiplayer content.

And fans have shown they still can’t get enough of the franchise. Call of Duty: Modern Warfare 2 has already eclipsed $1 billion in sell-through. That’s faster than any game in franchise history. And folks aren’t putting it down either with “hours played in the first 10 days more than 40% above the prior franchise record,” according to Activision Blizzard.

By Alex Chavers2 hours ago