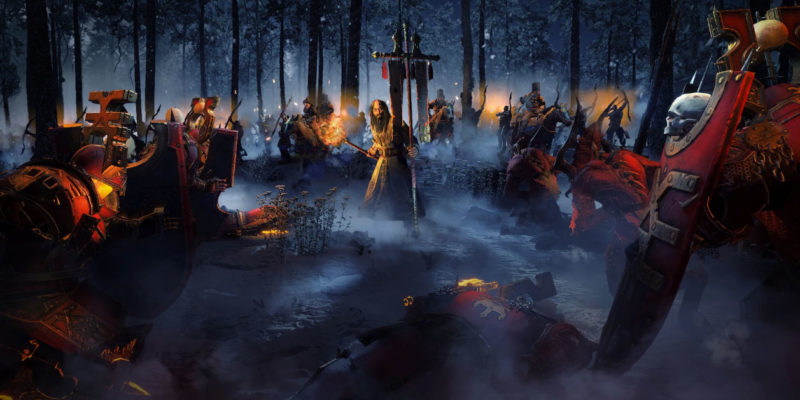 Creative Assembly Sofia, the studio behind Total War: Troy, next project appears to be a third-person action game. Job listings (spotted by PCGamesN) for several positions point towards the project being set in the Warhammer universe, focusing on third-person melee combat.

A posting for Lead Concept Artist lists “familiarity with previous Total War games, especially Total War: Warhammer” as one of the desirable skills.

“In this role, you will bring your in-depth understanding and passion for 3rd person melee combat coupled with experience in designing, developing and balancing combat systems. You will bring expertise to the project; what makes a fight feel both satisfying and fair and will understand how combat synergises with other areas of the game to create exciting and lasting experiences.”

One of the desirable skills for the Combat Designer job also mentions experience with live service games.

We don’t know much about the unannounced project from Creative Assembly Sofia, but the job listings suggest a third-person action melee game built in Unreal Engine. And possibly set in the Warhammer universe.

Also, these are job listings. Don’t expect whatever this new project is to land anytime soon.

Itching for some Warhammer action? Give Total War: Warhammer III a shot. The Immortal Empires mode is set to release in August and brings together the content of all three Total War: Warhammer games into one massive map. The devs put together a blog post describing everything coming to the mode when it initially launches as a beta next month.