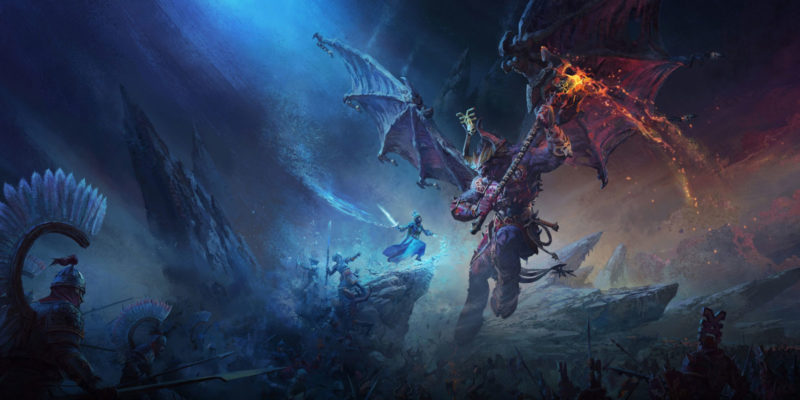 “With nearly a decade of development on the Total War: WARHAMMER trilogy behind us, it feels surreal to see its culminating chapter so close to release. While it’s tempting to rush to the finish line as it comes into view, we have made the decision to give it a little more time by moving the launch of Total War: WARAHMMER III from 2021 to early 2022.

The wait won’t be much longer, and we’ll have plenty of new information for you in the meantime. The new date will make for a stronger release and the best first step into a new era for Total War: WARHAMMER. We don’t consider this release the end of our trilogy, but the start of years of content and support as we continue to bring the jaw-dropping scale of Games Workshop’s fantasy universe to Total War.”

There are no specifics on a new release date, but sometime in the first half of 2022 is pretty much a lock.

The good news is we won’t be waiting long to hear more about Total War: Warhammer III. Tomorrow, the devs will reveal the Grand Cathay faction, one of the more obscure factions in the entire Warhammer universe. Cathay is Warhammer’s analog to real-life China.

We should also be getting more information on siege battles during this reveal. Keep an eye on Total War’s YouTube channel for tomorrow’s reveal.