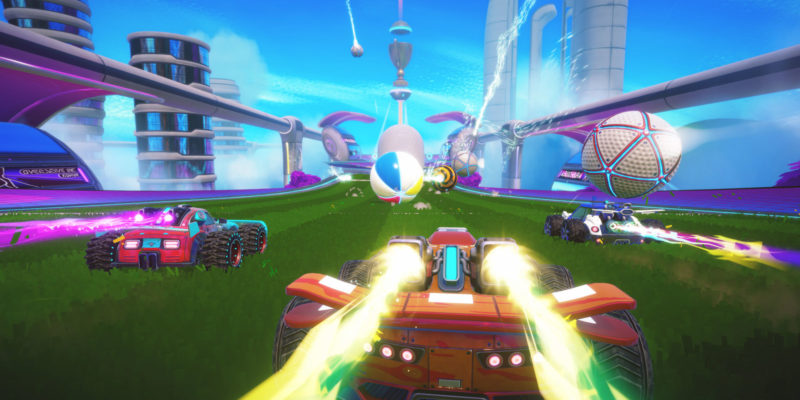 What if you took Rocket League, made it Golf, and added racing. That’s what 12 folks at Hugecalf Studios have been doing for the past three years. Turbo Golf Racing was revealed during the Future Games Showcase and is set for release later this year on PC and Xbox (and Game Pass).

Damn, please play as good as it looks. Please.

I’m curious to see if it can duplicate some of Rocket League’s success, which launched on PlayStation Plus and helped propel it into one of the most popular games. Turbo Golf Racing launching on Game Pass gives it a built-in audience to work with. If the gameplay is up to par, it’ll be a hit.

The game was just announced, but we know it’ll feature an eight-player multiplayer mode with cross-play between Xbox and PC. A beta is also coming this Spring with signups for a Steam beta live right now. On the Xbox side, anyone taking part in the Xbox Insider Program will have access to the beta.

“Turbo Golf Racing is the game we’ve always dreamed of making,” says Jonny Hughes, Producer at Hugecalf Studios. “We’re incredibly proud of Turbo Golf Racing and our plans for its future, and cannot wait for players to experience it first-hand when the Beta launches this Spring.”

No word on a specific release date, but Hugecalf Studios has 2022 circled for its release.