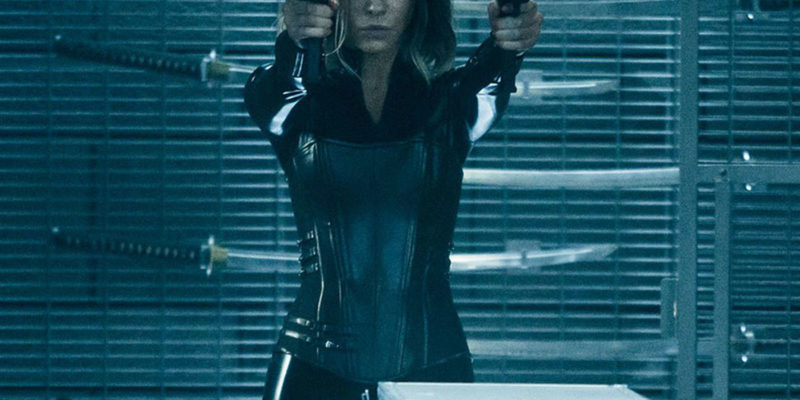 Need a sprawling series about the war between Vampires and Lycans (werewolves)? Underworld started the series of films in 2003 and ended with five feature films and three short animated films. You have two options to watch the Underworld movies in order – by release date or chronologically.

You can get away with watching the films in release date order, as there are plenty of flashbacks where you will not get lost when the series suddenly switches back to where the war began. My recommendation is to do just that, but it’s nice to have options.

The chronological order above will give you the complete picture for the diehard fan. We have you covered if you’re looking to catch just the feature films.

The first film introduced us to Kate Beckinsale’s Selene, who would become the main protagonist across all the movies. The film kicks off with her role as a member of the ‘Death Dealers’ or warrior vampires tasked with dealing with the werewolves or Lycans. Also introduced in the film is Michael, who a Lycan bites, turning him into a hybrid. As a descendant of the Corvinus line, Michael is hunted by both. Flashbacks begin to fill in the backstory of the war and Selene’s own history. In the end, Selene turns Michael into a hybrid which makes both hunted.

Impact on Underworld Franchise: As a new IP, Underworld had the job of setting up an entire universe of characters with rich backstories. Using plenty of exposition and flashbacks, it does just that, and the ending is an ideal sequel setup.

A direct sequel, Underworld: Evolution, picks up where the first film left off after a brief flashback depicting the vampire elders imprisoning William, a werewolf who is the brother of one of the elders, Markus. Selene and Michael are on the run, being chased by Markus. After discovering more about the history between the Lycans and Vampires, they meet up with Alexander Corvinus, the father of both William and Markus, who reveals that Selene’s father built the prison William was locked away in. After Markus frees William, Alexander’s men are turned into werewolves until Michael finally kills William. It is revealed that through the death of Alexander, Selene has become a hybrid, immune to sunlight’s deadly effect on other vampires.

Impact on Franchise: The film was more disjointed than the first, and while it filled in the backstory, it was left rudderless towards the end, which is why a prequel was greenlit.

The backstory told in flashbacks in the first two movies is fleshed out into a feature film with Underworld: Rise of the Lycans. Selene is absent, and in her place, we see Sonja, the daughter of Viktor, who leads the Death Dealers. During the film, we are reintroduced to Lucian (From the first Underworld film), who is the first werewolf who can revert to human form, making him a Lycan. Yeah, it’s a bit convoluted, but they needed a film to fill a time period when Kate Beckinsale was unavailable.

Impact on Franchise: There’s not much impact on the franchise moving forward as it fully tells the story we see in flashbacks in the first two films. It’s worth a watch as Rhona Mitra’s Sonja is a great character.

Underworld: Endless War is an animated film split into three distinct parts. It follows Selene in each part, and she leads the Death Dealers in various time periods. Part I takes place in 1890, where she is tasked with hunting three brothers who are werewolves posing as aristocrats. She kills the eldest, which leads to Part II, where she has to return to Paris in 1967 to continue to hunt the other two. Part III has the most direct impact on the live-action franchise as it occurs after the events of Underworld: Evolution. Pursuing the final of the three werewolves, it is revealed that the public at large has learned of the existence of vampires and werewolves and has moved to exterminate the infected.

Impact on the Franchise: Part III has a direct impact as it leads into the events we see in the final two live-action movies.

Underworld: Awakening opens with Selene working to escape a prison where humans have kept her in cryogenic suspension for 12 years to study her enhanced hybrid powers. Awakening is a direct continuation of Part III of the animated film, which started to tell the story of humans working to eradicate vampires and Lycans. She eventually escapes and learns she has a daughter with Michael, who she believes was killed during the purge. She works with some of the remaining vampires to uncover Antigen, a Lycan front used to convince humans they are extinct while researching how to become hybrids.

Impact on the Franchise: Minimal as the climax is never really followed up on in the next film.

As of publication, Underworld: Blood Wars is the final film in the Underworld franchise. The vampire covens are on the verge of extinction, with the Lycans closing in on all sides. While they want justice for the killing of Viktor, they decide to pardon Selene to train a new cadre of Death Dealers. The film culminates in a battle between the covens and Lycans led by Marius, who has killed Michael to become a hybrid himself.

Will there be a sixth Underworld film?

Unlikely. Kate Beckinsale is on the record saying another film is extremely unlikely. A reboot of the franchise is also unlikely because the films are so tied to Kate Beckinsale’s Selene.

What is the chronological order of the Underworld films?