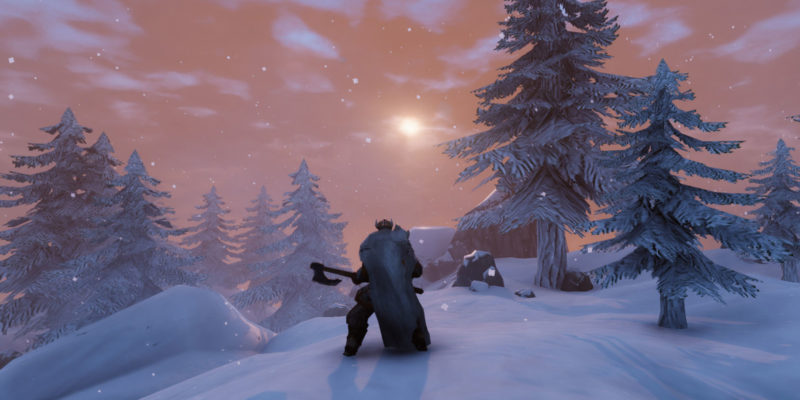 Folks love survival games. Years later, games like Rust and ARK: Survival Evolved are still some of the most popular games on Steam. Today, the genre has a new top dog with Valheim, a co-op heavy game with the always popular Viking aesthetic. Swedish developer Iron Gate has a winner on their hands as the game hits new concurrent player highs every day.

“Everyone at Iron Gate has really been appreciating all the messages, love, questions and thoughts from all of you, so please keep them coming! And again, a big thank you to all of you for helping us reach this ridiculous milestone in under two weeks of sailing onto Early Access,” the developer wrote in a Steam announcement highlighting the milestone.

Today, the new all-time peak player count hit 391,323, according to SteamCharts. I also came across an interesting tweet with a graph showing that while popular on Twitch, livestreaming isn’t the sole reason for its huge launch.

Twitch viewership is holding steady over the past few days, but the number of folks playing keeps surging. Rust also recently saw a boost thanks to big Twitch streamers, and its all-time player peak managed to hit 244,394.

We’ll see what Valheim peaks at. But there’s definitely an appetite for new games right now. Hell, I picked up Dyson Sphere Program recently even though I haven’t really played factory simulator type games before, and I absolutely love it.

Indie developers like Iron Gate give us games we might not be used to. And after playing Warzone for the umpteenth time, games like Valheim or Dyson Sphere Program are a nice change of pace.

So, what’s next for Valheim. It’ll probably spend 2021 in early access, but the team at Iron Gate already has a roadmap on what they want to add and a wishlist “if Odin wills it.” Well, if Odin equals a successful launch, then Odin got it.