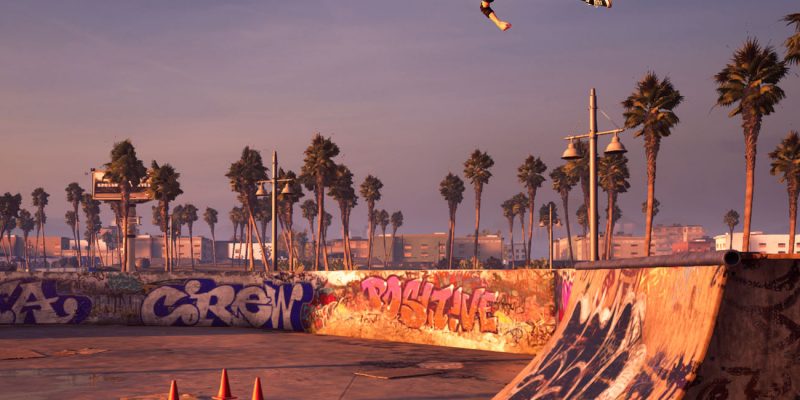 Vicarious Visions is no stranger to plucking classic games from the past and bringing them to the present. They did it with the recent Crash Bandicoot N. Sane Trilogy. They know how to bring an old game forward while still honoring the legacy they created. Today, we find out they are doing the same with Tony Hawk’s Pro Skater 1 and 2.

Oneal touches on some of the improvements Vicarious Visions are doing including the obvious like graphics, but also controls, and the Create-a-Park mode. Even more editing features are being added to create and share your creations.

The revert mechanic is also being added to both games (it wasn’t included in the franchise until 3). We’re also getting plenty of multiplayer support both locally and online.

Today’s announcement isn’t the next-gen news we’re all itching for, but it’s an awesome and welcome blast from the past. $40 gets you both games on PS4, Xbox One, and PC (Epic Games Store). Preordering it will get you access to the Warehouse demo before the game’s official launch on September 4.

Activision also put together a collector’s edition for $100 and includes a slick limited-run Birdhouse deck.

Geoff Keighley’s Summer Game Fest is off to a solid start. A good interview with a decent amount of actual gameplay footage is perfect. Tomorrow, Keighley will host another stream. He might have given us a hint earlier today by asking everyone what their favorite classic PlayStation 1 game is. I’m going to go ahead and set myself up for disappointment and start looking forward to another Syphon Filter game.