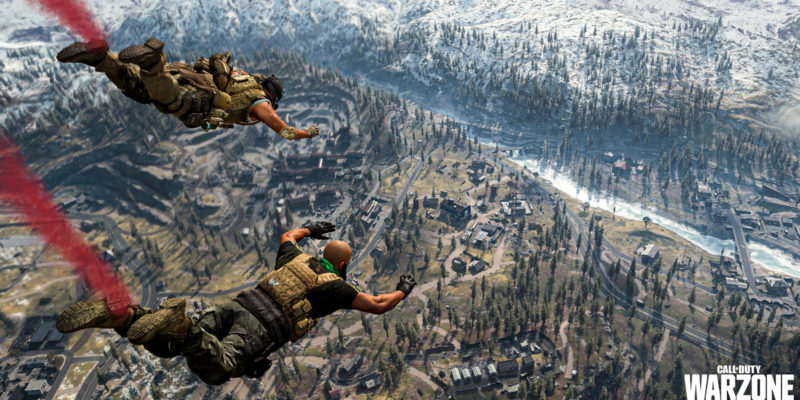 Is Warzone getting a new map? Well, Activision is teasing something. Yeah, I know it’s not the answer you want, but Warzone’s post Black Ops Cold War launch is getting clearer. A new blog post covers how Call of Duty: Warzone and Black Ops Cold will integrate with each other. Let’s focus on the new map stuff.

Here’s part of what Activision writes in the blog post (emphasis mine).

Starting November 13th with the launch of Black Ops Cold War, and continuing with the release of Call of Duty: Black Ops Cold War Season One and beyond, Warzone players will begin seeing new Black Ops Cold War content coming to all modes of the Call of Duty Battle Royale experience, including a variety of exciting content indicated in the Roadmap image (above). This is only the beginning: Like every off-the-books clandestine operation, expect to uncover more secrets, and experience memorable moments as the Cold War heats up across Verdansk (and beyond) in the months and seasons ahead.

Here’s an image showing off the first season.

It looks like a typical roadmap image, but the ‘Classified Warzone Experience’ part of the image does mention a possible new location. We see a mention of ‘eniya Island.’ According to Dexerto, the rest of the redacted part reads Vozrozhdeniya (also known as Rebirth Island) Island. Black Ops 1 fans will remember this locale from the ‘Rebirth’ mission in the first Black Ops campaign.

Now, is Rebirth Island going to be its own standalone map? Or, will we see a new locale added to the existing map? I’m hoping it’s a standalone map. Maybe they go the PUBG route and add a smaller map for folks who are looking for quicker matches. Plus, I’m ready for something new. We’ll have to wait for December to get here to see what ends up happening.

As we look even further down the road, will we see Black Ops Cold War take a similar approach as Modern Warfare? Ground War is being traded out for a new large-scale Fireteam mode. But we also saw how the Ground War maps were all just part of a much larger Warzone map. Can we expect the same from Cold War’s Fireteam maps? Right now, we know of two Fireteam maps – Alpine and Ruka. Both take place in a hilly forested environment. Plus, Fireteam has many of the same mechanics we see in Warzone, like revives and looting.

Bottom line, we’re going to get new stuff in Warzone. We’ll have to wait and see if it’s an entirely new map or changes to the existing one. Verdansk isn’t going anywhere, though. At least, not for now.