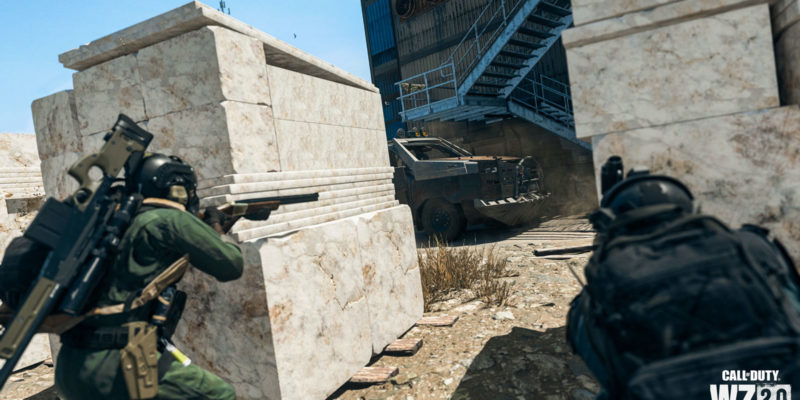 The new Warzone has your back if you lean more toward PUBG or Fortnite. When Warzone 2.0 kicks off on November 16, it’ll include a third-person playlist. In a blog post, the devs write:

This shift in perspective could completely change the Battle Royale fundamentals in Call of Duty, allowing for different visibility tactics and an altered, but still action-packed gameplay feel.

No word on whether or not this playlist will be permanent, with the devs saying the playlist “will be introduced into the Battle Royale weekly rotation during Season 01.” If it’s anything like the original Warzone, expect these playlists to rotate modes often. Fire up third-person often if you want to see it stick around.

It’ll be interesting to see how long this mode sticks around. I’m partial to PUBG’s third-person mode, so I’ll give it a go next week.

The rest of the blog post is a deep dive into what we can expect from Warzone 2.0 next week. Some highlights include the return of loadouts, looting mechanics, and info on Combat Records.

All those guns you’ve spent hours leveling up through Modern Warfare 2’s convoluted system will be available in Warzone 2.0 via loadout drops, shops (Modern Warfare 2’s version of buy stations), and as a reward for completing Strongholds and Black Sites.

Looting mechanics will be a mix of old and new. The backpack system shown at Call of Duty Next is still here, but opening Supply Boxes will still throw the items onto the ground. And when taking out other players, they’ll drop their primary weapon while their loot items will sit in their backpack, which can be sifted through via the loot menu.

Infinity Ward also touched on a key feature missing at launch. Combat Records (stats) are coming in Season 1, with the devs promising “more intel to follow.”

The post covers much more, including info on the new DMZ mode, maps, and weapons coming later this month.

By Alex Chavers30 mins ago