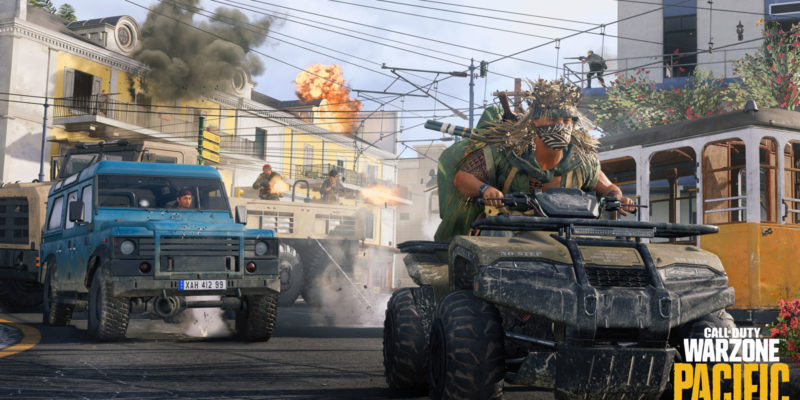 When Call of Duty: Vanguard launched, it didn’t take long for folks to realize a ‘bloom’ mechanic was introduced. In a patch yesterday, Raven (devs responsible for Warzone) confirmed bloom is carrying over to Warzone for Vanguard weapons only.

This doesn’t affect Modern Warfare or Cold War weapons since both games did not include a bloom mechanic.

12/10 UPDATE: Huge update from Raven this evening. In an updated set of patch notes, the developers have “drastically reduced the amount of ‘Bloom’ on all base Vanguard weapons.” And in a surprising move (surprising in how quick Raven is announcing it) bloom will be removed completely in the future. But that will take a bit as the developers have to “determine adequate downsides to counterbalance the removal of Bloom, which will vary based on each individual Weapon and the type of Attachment they are attributed to.“

What is bloom? It’s where your shots don’t go where you are aiming. It’s not the same as recoil since you can adjust your aim to compensate. Bloom adds a layer of randomness to gunfights. You can minimize its effect somewhat by stacking accuracy attachments, but you can’t get rid of it entirely, according to testing from TrueGameData.

According to TrueGameData, if you stack every possible accuracy attachment on the M1928, you can reduce bloom by about 95% (this was for Vanguard’s multiplayer).

The bloom effect is most pronounced when grabbing lower-tier ground loot without attachments.

While confirming bloom is in Caldera for Vanguard weapons, Raven also said an “imminent update will further address Bloom.” I don’t expect a complete removal of the mechanic (I wish) since it’s tied to Vanguard, but I imagine we will see a series of tweaks as the devs listen to community feedback.

As always, if you’re looking to build the best loadouts for low recoil, JGOD is the place to go. He put out a new video yesterday explaining what attachments you need to be going for.