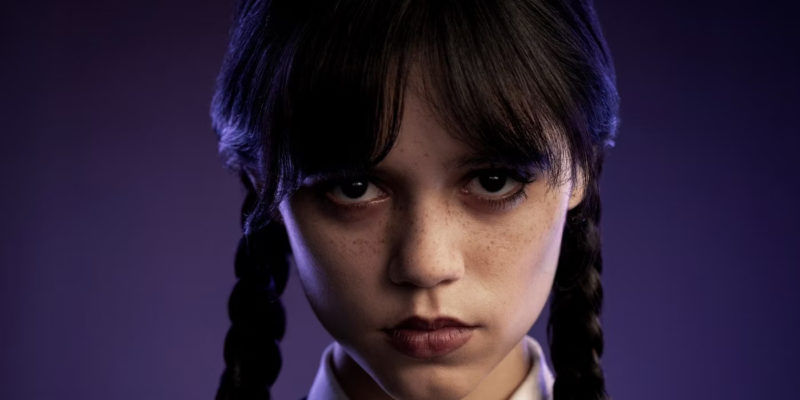 A teaser trailer that doesn’t show the entire plot of a show or movie? What madness is this? Netflix released the first teaser for Wednesday Addams on, well, Wednesday, and it shows the Addams family spinoff has an absolutely inspired casting director.

Jenna Ortega as Wednesday Addams is enough to have any Addams family fan excited for the show. She’s perfect, and if the trailer is any indication, there should be some award nominations in her future. The rest of the cast is just as great, with Catherine Zeta-Jones as Morticia Addams, Luis Guzman as Gomez, and Gwendoline Christie as Larissa Weems. If that wasn’t enough, Cristina Ricci is also making her return to the Addams family, which served as her breakout role.

The show, which damn well better premiere on a Wednesday this Fall, follows Wednesday as she gets bounced from school to school before landing at the Nevermore Academy.

Here’s the official synopsis from Netflix:

Based on the character originally created by Charles Addams, “Wednesday” is a young adult TV series described as a sleuthing, supernaturally infused mystery charting Wednesday Addams’ years as a student at Nevermore Academy. She attempts to master her emerging psychic ability, thwart a monstrous killing spree that has terrorized the local town, and solve the supernatural mystery that embroiled her parents 25 years ago — all while navigating her new and very tangled relationships at Nevermore.

Another bonus for the show is the score. Legendary composer Danny Elfman (Beetlejuice) is behind the music you hear throughout the trailer.

There’s not a firm release date, but expect that to firm up as we exit summer. I’d say Netflix releasing it in October is a safe bet considering it’s Tim Burton and the Addams family.