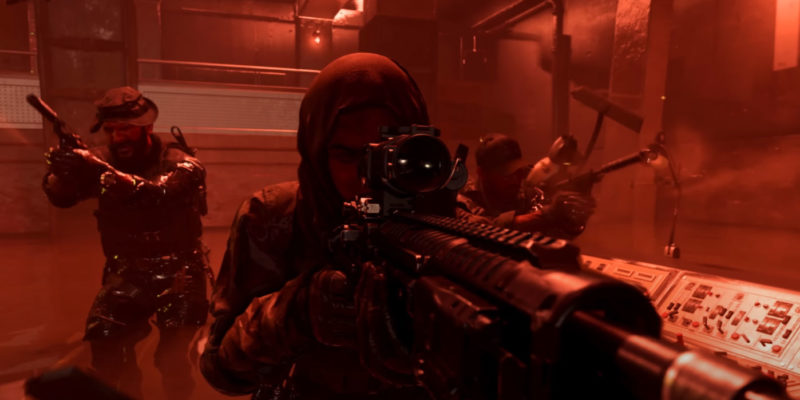 Call of Duty: Modern Warfare 2’s Season 1 Reloaded (mid-season update) lands on December 14. One of the biggest additions coming is the introduction of Raids. The folks behind Call of Duty teased, “You’ve never done this,” during a debut trailer for the first Raid at The Game Awards.

We only get a glimpse of what we’ll be playing on December 14, but it looks more like something we would see in the game’s campaign versus the usual co-op modes. A recent blog post also describes the first Raid as “continuing from the events of the Modern Warfare II Campaign, the first Special Ops Raid is something that will take, in the words of the captain himself, “violence and timing.”

The first Raid sees Price, Farah, and Gaz infiltrate an underground bunker in Urzikstan as they look for their missing team.

Unlike every other Call of Duty mode, Raids aren’t just pick-up and play. At least one person is going to need a “Raid Assignment.”

The good news is the requirements for getting one don’t look too tricky. And the developers made sure every type of player can earn one whether they play Multiplayer, Special Ops, Warzone, or DMZ.

Here’s what you’ll need to do to earn a “Raid Assignment:”

Once you complete this, you and the two others you bring will have a week’s access to the Raid.

One other note, Raids are not part of the free-to-play package like Warzone 2.0 and DMZ. You’ll need to own a copy of Modern Warfare 2 to play them. Last week’s blog post specifically says, “get Modern Warfare II to access the first Special Ops Raid.”

Raids are also part of the Special Ops mode, so you’ll be using the Kits from that mode within the Raid. Also, if you haven’t played through that mode yet – you might want to. The three kits (Assault, Medic, Recon) can be leveled up to Tier 10 and offer various bonuses. Here’s what the Assault Kit Tiers look like.

What about a reward for completing the Raid? Everyone who beats the first Raid will “unlock a familiar face as a brand-new Operator.” After beating it the first time, you’ll also unlock a harder difficulty Playlist for the Raid. And there’s Intel sprinkled throughout the mission that “awards additional cosmetic items,” according to the devs.

I’m intrigued by what the first Raid has to offer. When I hear Raids in a shooter, I instantly think of Destiny. I’m not expecting anything quite that elaborate, but I’m hoping for something that feels like it could fit right into a Call of Duty campaign while enjoying it with a few friends.