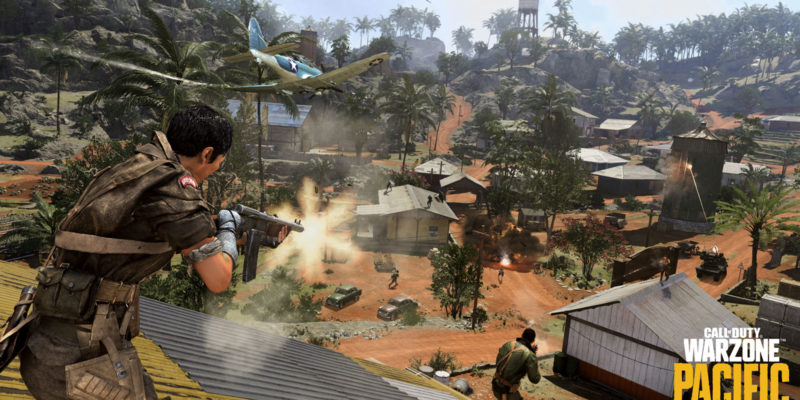 We are about a week away from the launch of Call of Duty: Vanguard and the question for when the Vanguard Warzone map will be released gets an answer.

When is Vanguard’s Warzone map coming out?

For folks who buy Vanguard, the new Pacific-themed island Warzone map called Caldera goes live on December 2. Everyone else gets access on December 3.

What happens to Verdansk? A blog post outlining Warzone events leading to December 2’s Caldera release points to Verdansk’s days being numbered. From the post:

– November 18: Operation: Flashback Begins in Warzone – An encore limited-time mode for Verdansk, celebrating its past 18 months of hosting over 100 million players strong in Warzone. Ready for your last dance in Verdansk?

– November 24: Uncover the “Secrets of the Pacific” – Get intel on Caldera and its new points of interest through this event’s Warzone and Vanguard Multiplayer challenges.

– November 30 and December 1: Last Hours of Verdansk. – Bombs away – see what happens to Verdansk before Warzone goes dark to prepare for Caldera and Season One.

– December 2: Season One Begins – Vanguard players get new Multiplayer maps, 24 hours of exclusive access to Call of Duty®: Warzone™ Pacific and more to kick off Season One. All players can enjoy a new Battle Pass system and two free functional weapons. Plus: RICOCHET Anti-Cheat’s driver begins its rollout in Warzone.

And Rebirth Island? That’s sticking around. The Warzone devs aren’t crazy enough to ditch two maps in one go. Rebirth will continue to serve as the perfect small, fast action map to the larger Caldera.

We also learned yesterday the install size for Vanguard at launch. The devs promised a 30%-50%+ file size difference compared to recent Call of Duty releases. Here’s how it stacks up by platform.