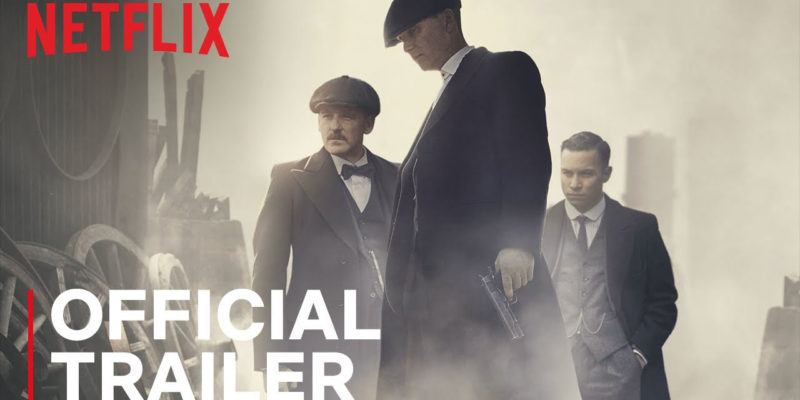 It’s the last ride of Shelby and company when Peaky Blinders Season 6 airs on Netflix on June 10. The final season of six episodes will drop well after it finishes its run on BBC and will anchor Netflix’s original content slate as it enters summer. There are rumors of a theatrical release, but I’m good with the show wrapping it up as the world hurtles towards World War II.

If you prefer your dose of Thomas Shelby all in one day, I’d avoid YouTube like the plague. BBC is currently airing an episode each week, so spoilers are everywhere. Can’t wait until June? We created a workaround guide to watching the series if you’re like me and live stateside.

With the pandemic hitting production everywhere, you may need a bit of a refresher on seasons 1-5, which follows the rise of the Peaky Blinders from a small gang in Birmingham to the House of Parliament for Mr. Shelby.

And it has probably one of the best scenes on the show between Tom Hardy’s Alfie Solomons and Cilian Murphy’s Thomas Shelby.

Tom Hardy is an absolute delight as Alfie Solomons. You pretty much need closed captioning to understand him, but his character is second only to Cillian.

Heading into the final season, there was the sad news of the death of Helen McCrory. The first episode is dedicated to her character, Polly. Speaking to Variety, Cillian Murphy described the impact of Helen and what her absence means to the show:

“I think the whole series is really in tribute to her and to honor her. Her presence and her character’s presence are very much still felt in the series, and it is very much part of Tommy’s journey in the season. It’ll be different without her, you know. It simply won’t be the same. I’ve spoken about how phenomenal she was as an actress and as a person, and it is an enormous loss to the whole acting community and not just for our show. My thoughts are always with [husband] Damian [Lewis] and her kids. I just hope that the show will live up to her memory and our memory of her.”

Keep it tuned here for reviews of the episodes when the series finally makes it across the pond to the United States.