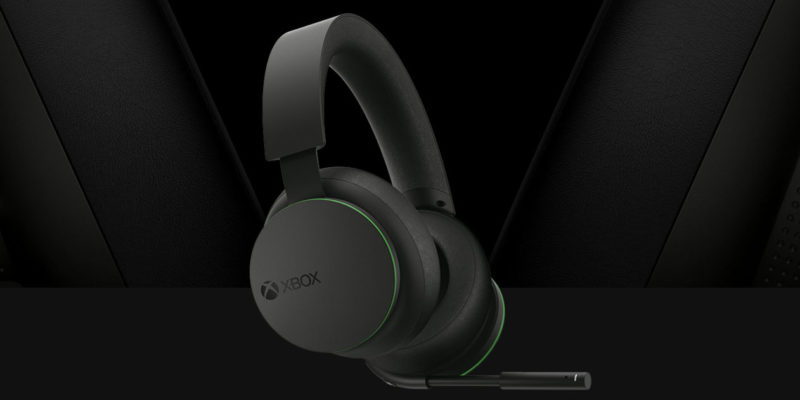 Xbox fans are finally getting an official wireless headset. Before, the official options were limited to the chat headset packed inside every Xbox or the wired Xbox One Stereo headset. If you wanted something better, you had to look towards Razer, Turtle Beach, Steelseries, and the like. With the Xbox Wireless Headset, we’re getting what looks like a pretty decent pair of headphones for $100.

We won’t know how good they’ll be until they’re out in the wild on March 16, but Microsoft says they’ll deliver “best-in-class audio and chat performance.” What we know for sure is that they are a significant upgrade from the wired Xbox One Stereo headset. Features like voice isolation and spatial audio technology (Windows Sonic, Dolby Atmos, and DTS Headphone: X) are supported.

There’s even an auto-mute function built-in. Maybe that’ll cut down on background noise from other people’s mics. If you don’t want the auto-mute, you can disable it. Plus, there’s a mute button located on the mic itself.

The design looks slick, and the feature set sounds good. As for battery life? Microsoft says 30 minutes of charging gets you four hours of gameplay. Three hours of charging bumps that to 15 hours. But they do add the caveat that battery life will depend on “distance from console, additional accessories, usage and other factors.” Translation? We’re probably not getting 15 hours with regular usage. We’ll have to wait for people to start getting their hands on it to see how it stacks up with regular playing.

You can also see how you can adjust volume (turn the right earcup) and tweak game/chat balance (turn the left earcup) in the picture above. It’s a cool design feature that helps limit the number of buttons and dials we see on other premium headsets.

The new headset looks good; let’s hope it sounds good too. I’ll probably end up picking a pair up to go along with my Arctis Pro Wireless. Those don’t support Xbox chat. I end up having to fire up the Xbox app on my PC to use party chat.

If you were looking for a good wireless headset to use with Xbox, maybe hold off until we see how these turn out.