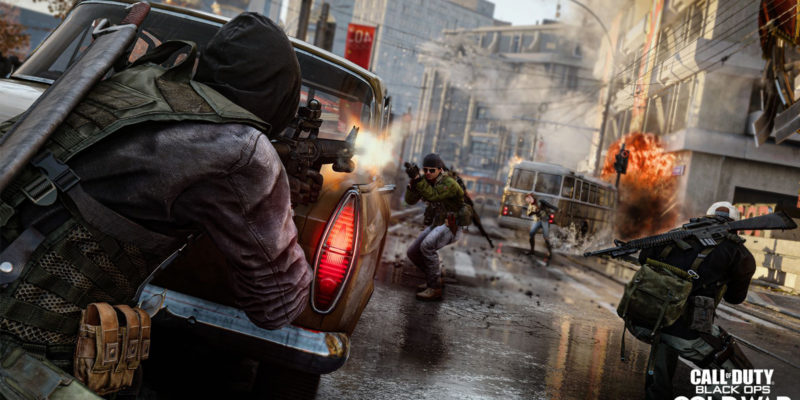 The first few days of Cold War’s multiplayer is giving me Call of Duty 4 flashbacks. A versatile MP5, burst rifles that drop you with one burst, and quick scoping galore. Some of these guns could stand a pass or two from Treyarch’s weapon balancing folks. And that first pass began yesterday with the MP5.

You can see an even more in-depth view of the weapon stats inside the Gunsmith. Hit ‘RT’ or ‘R2’ when editing the MP5 to see the new effective damage range. It’s 10.16 meters now versus closer to 15 meters before yesterday’s change.

We’ll see if the changes actually push folks to use the other four SMGs. The AK-74u is a solid alternative. We’ll see if the big cut to damage range leads to a meaningful shift towards other SMGs.

I think what will end up happening in the short-term is more folks using the burst rifles – the M16 and AUG. Both are incredibly powerful with the ability to take out enemies in one well-aimed burst. And with barely any recoil throughout the burst, it can do this at longer ranges too.

Here’s a video from TheXclusiveAce going over the best guns in Cold War’s multiplayer. Disregard #1 since the MP5 was recently nerfed, but he notes how the M16 and AUG have insanely fast times to kill if you’re able to connect a one-burst kill.

As for other weapons? I already mentioned the M16 and AUG, but I would also like to see snipers get slower ADS (aim down sight) speed. But I would be shocked to see that happen with how popular quick scoping has always been in Call of Duty. Still, I can dream.