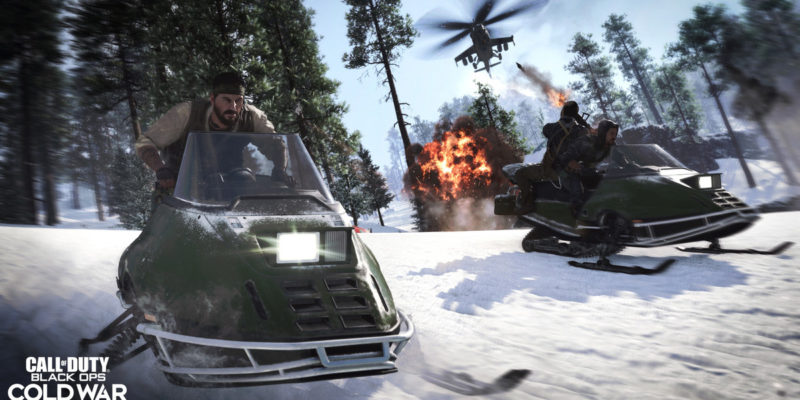 We know Call of Duty Black Ops: Cold War is getting the usual post-release support. Now, the first significant content drop is becoming a little clearer. An in-game loading screen gave away the new mode. A line of text at the bottom of one screen reads, “If you die while your team is holding the objective in Dropkick, you will not respawn until the carrier is eliminated.”

Another line reads, “Gain access to launch codes while holding the objective in Dropkick to deploy a powerful nuke and declare victory.”

You know, the image of Woods under the ‘more multiplayer maps & modes’ does look like he’s carrying a briefcase with launch codes.

Cold War’s multiplayer could use the content. I’m guessing the COVID pandemic and bumpy developments are why the multiplayer feels a little light on content.

Let’s see if Dropkick is good enough to get a spot in between my usual Domination and Hardpoint matches. New objective modes show up all the time in Call of Duty, but none of them ever have the staying power of Domination, Hardpoint, or Headquarters. Maybe tossing a nuke into the equation will help Dropkick grab our attention.

Season 1 (and presumably Dropkick) is coming to Call of Duty Black Ops: Cold War on December 10. We should also be seeing a huge patch launch alongside the new content. We’ll see what Treyarch has in store for weapon balance, stability fixes, and who knows, maybe a tweak to SBMM.