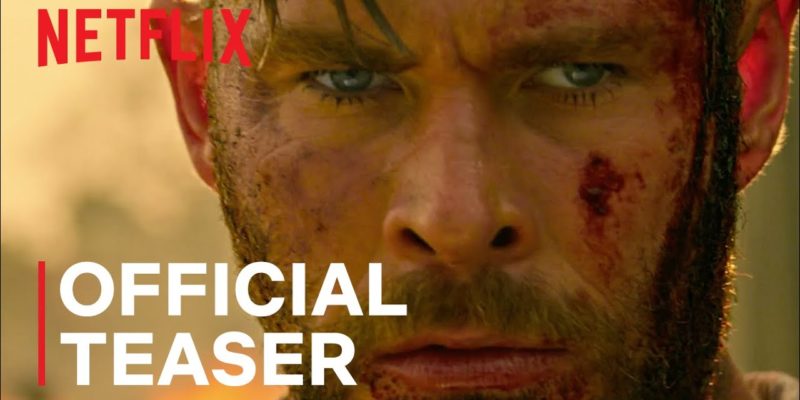 While the ending of Extraction left Chris Hemsworth’s Tyler Rake in a dicey predicament, Netflix saw the viewership numbers and greenlit a sequel a year after the first movie debuted. They even spliced together a teaser trailer for the second film using footage from the end of the first. Slight spoilers, but we wouldn’t be getting a sequel if the man had died in the river.

The description says Rake was injured before his plunge into the river, but if you’ve seen the film, injured is a bit of an understatement. Rocket-propelled grenades, shot multiple times, hit by a car or two. The man had a rough day.

We don’t have an exact date, but we do have a window courtesy of a recent Netflix announcement. Mark your calendars for sometime in 2023, barring some crazy global catastrophe that we seem to be going through each month. Filming wrapped in April 2022, so I’d side with the first half of 2023 as post-production is well underway.

Most of the team from the first film is returning for the sequel with Sam Hargrave behind the camera. If you enjoyed the brutal fight choreography, we are definitely in for a treat. Script treatment is again by Joe Russo, of Marvel fame, so Netflix has high hopes for another hit.

Looking at the director’s Instagram, we know the setting will not be in Bangladesh. Hemsworth’s Rake will have to bust out the cold weather gear for at least a portion of the film. Little is known about the plot, but we should see a continuation of Rake’s work with the mercenary group he teamed up with in the first film. Russo has said that he didn’t want to make the same movie, so switching locations should be a given, and I wouldn’t be surprised to see a slight shift in tone. We will still get the same frenetic action scenes we saw in the first.

It’s been relatively quiet, and Netflix likes to debut trailers closer to the release date. I’d expect something in either late 2022 or early 2023. There could be a surprise, but Netflix likes to keep the marketing within tight windows.

How to Watch Extraction 2?

Obviously, you’ll need a Netflix account, but the recent release of The Gray Man saw a limited theatrical run before it made its debut on the streaming service. That film also had the Russo brothers attached to it, so it wouldn’t be shocking to see something similar for Extraction 2. Hopefully, there won’t be a pandemic shutting theaters down again, so we could have the option to see it on the silver screen.