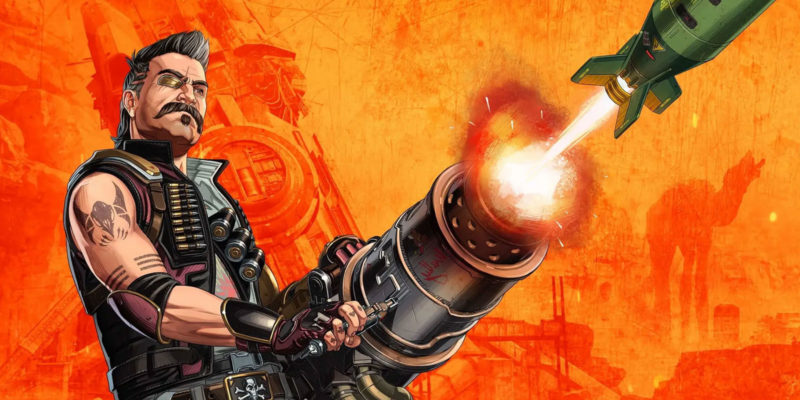 That’s according to Director Chad Grenier. He was part of a trio of Apex Legends developers (Kristen Altamirano, Senior Environment Artist, and Ashley Reed, Senior Game Writer) who sat down with BrownGirlGamerCode.

Grenier was fielding a question about the shared universe between Apex Legends and Titanfall. “We bring a lot of things from Titanfall into the game almost every season. Next season, Season 9, you’re actually going to see a ton of Titanfall coming back into the game, in one way or another… If you’re a Titanfall fan, hang on for Season 9.”

That was about all we got from Grenier.

With Apex Legends taking place in Titanfall, we’ve seen plenty of content crossover. Weapons being the most obvious. But we haven’t seen Titanfall’s trademark Titans leap to the Apex arena. But there have been rumblings of a new Legend making his way to Apex Legends: Kuben Blisk.

Titanfall fans will remember him from Titanfall 2’s fantastic story. Apex fans know him as the founder of the Apex Games. Leaks surfaced last month of Blisk finally becoming a playable Legend with the ability to call in an auto Titan. He can also wall-run, according to the leaks. That would scratch off two huge Titanfall features for fans.

Apex Legends continues to be one of the more popular Battle Royale games out there. Sure, it’s not seeing quite the player counts of Warzone and Fortnite, but it sits right behind them on Xbox’s most played games chart.

And it’s only growing on Steam with new peak concurrent records set as recently as March 18 with 228,439 players. That’s not including those who use EA’s client to play the game. Great numbers for a game that recently celebrated its second anniversary.

We’ll see what the folks at Respawn have in store with all this Titanfall content when season 9 kicks off. We know they’ve looked at it a bunch before and couldn’t get them in without them being “an incredible unbalancing factor.” We’ll soon find out if the Blisk leaks pan out, and Respawn found a way to make it work.