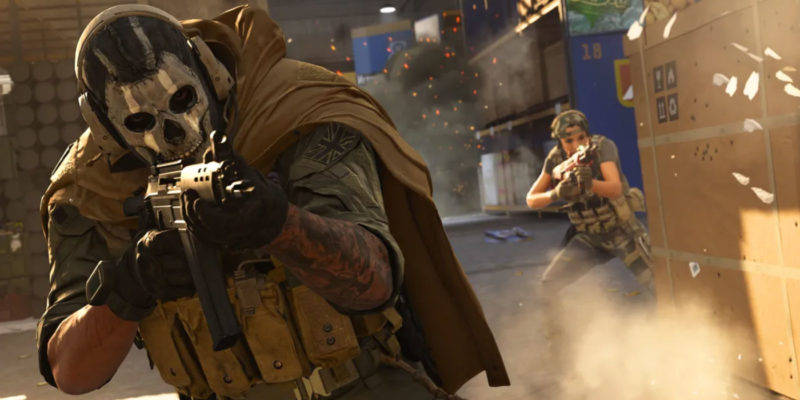 The beefy 50GB+ patch has a single line of weapon balance changes in the patch notes. “The Cold War AUG’s base recoil magnitude has been increased.” But like many patches before, there are changes under the hood that Raven Software isn’t highlighting in their patch notes.

The go-to source for all things Warzone meta, JGOD, released a pair of videos throughout the early morning highlighting changes to the FFAR and changes that could potentially shake up which sniper you pull out of your loadout drop.

His FFAR video shows massive changes to ADS (aim down sight) speed for the different magazines. The 50-round fast mag now has an enormous penalty to ADS speed. I jumped into a match a few minutes ago and can confirm it’s much slower to aim your gun. Jump to around the four-minute mark in the video to hear about the magazine changes.

You can still rock the FFAR, but you’ll want to go with the regular 50-round mag. There’s still a hit to ADS speed, but it’s nowhere close to the penalty you receive from the fast mag.

The same nerf to magazines extend to the M16 (and other guns) as well. You’ll want to trade the 60-round fast mag with the base 45-round mag.

JGOD also touches on the big bump to vehicle damage with the cavalry lancer barrel. A Stoner can now take out a big truck with about 50 bullets. That’s way faster than it used to be and should give us some tools to take out those pesky trucks in solo and duo matches.

Also, give JGOD’s latest sniper video a watch. Some of the wraps show a ‘sprint to fire time’ con on their description, but it doesn’t do what it says.

Now we wait to see how much these changes, and the ones we’ll find out about in the days ahead, will affect Warzone’s meta. I imagine the FFAR, AUG, and M16 will still be popular as folks change up attachments to get the best out of each weapon. We’ll see if the changes to the AUG are good enough. A better nerf would be to fire rate. Or a straight-up damage reduction. Hell, at least damage drop-off would be nice. Recoil is too easy to account for unless it’s a huge change.

I do like the changes to the calvary lancer barrel. Trucks, especially in solo and duo matches, soaked up way too many bullets.

But Raven has to do a better job with their patch notes. The community shouldn’t have to look to YouTubers like JGOD and others to figure out what has changed. And there needs to be more sweeping changes to guns like the AUG and FFAR. A tweak to recoil and a bunch of stealth changes to attachments isn’t it.

We’ll see if Raven has much bigger weapon balance changes in mind as Warzone shifts to a new season in late April.