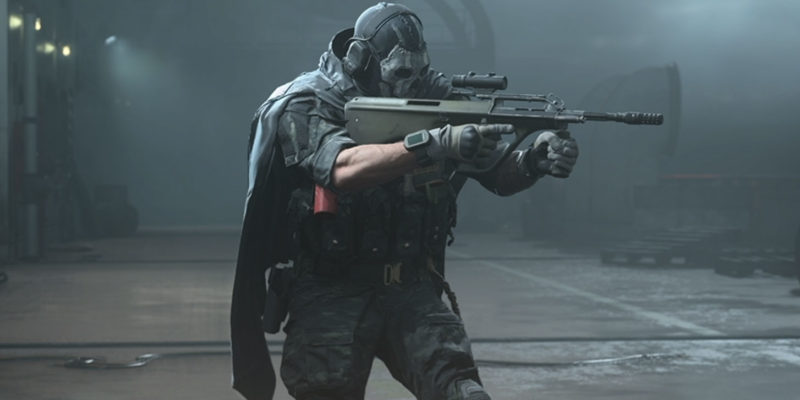 But all the Cold War guns in Warzone are terrible now, right? Well, the suppressor nerf to bullet velocity is a pretty big hit to most of the guns. Plus, without the suppressor, it makes it much easier for other players/teams to track you down, especially as the circle gets smaller. But if you’re willing to go without a suppressor, the AUG is a fantastic option.

The teacher of all things Warzone guns, JGOD, released a video on Friday explaining why the AUG is so much better. The key is the 18.2” Strike Team barrel. While the description only shows a bump to fire rate, JGOD’s testing shows a nearly 50% bump in bullet velocity.

The good news is, you don’t need the AUG to be maxed out to put together a decent Warzone build. Here’s one example.

You can tinker with the under barrel and ammunition attachments, depending on what level you’re at. As long as you have the Strike Team barrel, you’re good.

It looks like JGOD’s video, along with other YouTubers, is already affecting Warzone’s meta. We can see this happen in almost real-time over at WZ Ranked. While the AUG is still outside the top 10, the percentage from last week to this week doubled. We can also see folks ditching the Agency Silencer in a big way with usage dropping nearly half as players figure out the recent update nerfed it.

We shall see if the AUG grows into the new meta. It depends on how long it takes Raven Software to revert the suppressor changes from last week’s update. We know a fix is scheduled for the next hotfix, but we don’t know when that will be.

And even when that update lands, thousands of Warzone players will wait for folks like JGOD to go through the weapons again to see if any other stealth changes were made.