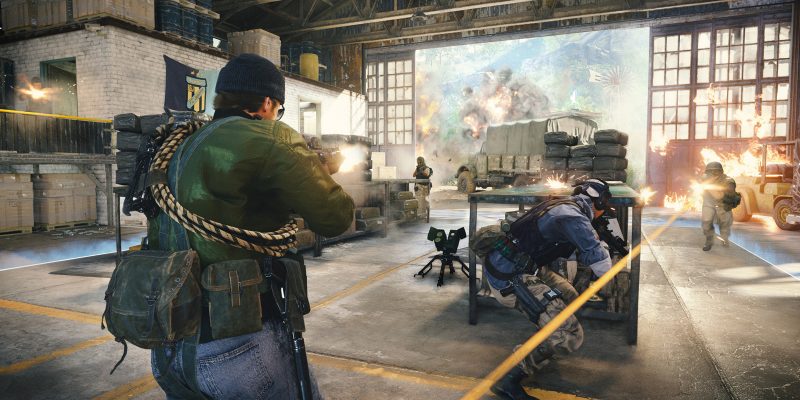 FOV sliders have been a thing with Call of Duty on PC for a long time. Now, consoles are getting in on the action. In a blog post covering the upcoming beta, Treyarch reveals a FOV slider is coming to all platforms for Cold War.

The developers describe how including the slider for everyone is “another way we’re optimizing Black Ops Cold War for a globally connected, cross-play experience.” They also say they’re working on getting the feature running as smoothly as possible across all platforms at launch.

In the game’s settings for the FOV slider, a note at the bottom reads:

Values greater than default may result in lower framerate and some graphical issues.

Makes sense. I imagine base Xbox One and PlayStation 4 will see the most significant performance hits when tinkering with this feature. I want to see how the Xbox Series X and PlayStation 5 handle it. There should be more than enough horsepower in both consoles to crank the slider to the max without seeing too big of a performance hit, if any at all. Plus, both new consoles support variable refresh rate (VRR). Any performance hit we do see shouldn’t be noticeable with VRR, as long as you have a TV that supports it.

Treyarch is leaning into customizing how you want your game to look this go around. In the same blog post, they talk about all the different HUD elements you can tweak. Crosshairs, hit markers, damage-based hit markers, health bars, player names, and the compass can all be toggled on/off.

A ping system is also being added across all multiplayer modes. It’ll be handy for telling my friends exactly where an enemy is instead of saying, “he’s on the left.” You can ping objectives, players, and enemy scorestreaks. Maybe a bright ping on the enemy Spy Plane will get folks to actually shoot at it in Team Deathmatch.

Treyarch’s is bringing a whole bunch of quality of life improvements to Cold War, and I can’t wait to see how the full package comes together.