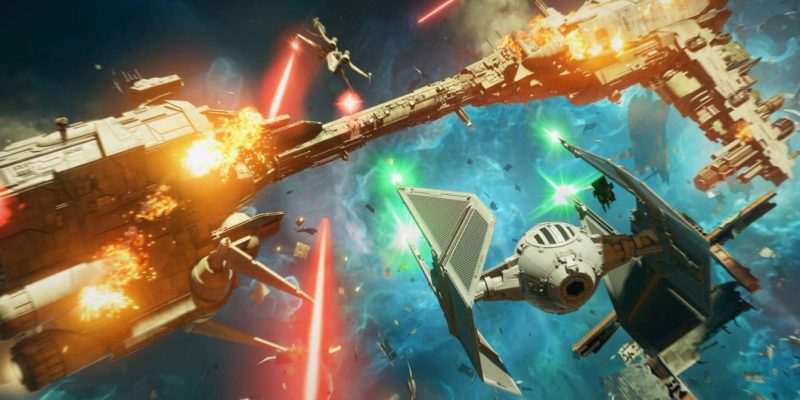 Those slow turns in Star Wars Squadrons might not always be your fault. If you’re using a controller with the ‘Aviator’ control scheme (pitch and roll on the same thumbstick), there’s a bug that causes input to drop significantly. It happens when you push the thumbstick diagonally when you want to roll and pitch at the same time.

UPDATE 11/04: A hefty patch is about to drop that fixes the Aviator control bug and a whole lot more.

UPDATE 10/08: A patch went live today, but doesn’t include fixes to the Aviator bug. Here’s what an EA community manager had to say in response to a Reddit comment asking if the deadzone fixes included the reduced input when using the Aviator control scheme: “No, that’s a separate thing we’re looking at.”

Here are the full patch notes.

I first saw a YouTube video explaining the problem this morning.

I jumped into a training match, and sure enough, my starfighter controlled exactly like the video above shows. Switching to the default controls (with roll on left stick and pitch on right) gets rid of the problem.

There were some times over the weekend when the controls felt too sluggish. I chalked it up to me not dropping to half speed, but it turns out the controls are bugged.

A patch is going live tomorrow morning (October 8). Let’s hope this control bug is one of the many fixes coming.

The tweet mentions full patch notes will come alongside it as well. The big ones for me are going to be FPS fixes and the Aviator control bug. I know a lot of VR folks are hoping for some fixes too.

Star Wars Squadrons is an absolute blast. I’m crossing my fingers the folks at EA Motive are quick with bug fixes to keep it that way. I’ll update this post if this bug is one of the fixes coming in tomorrow’s patch.