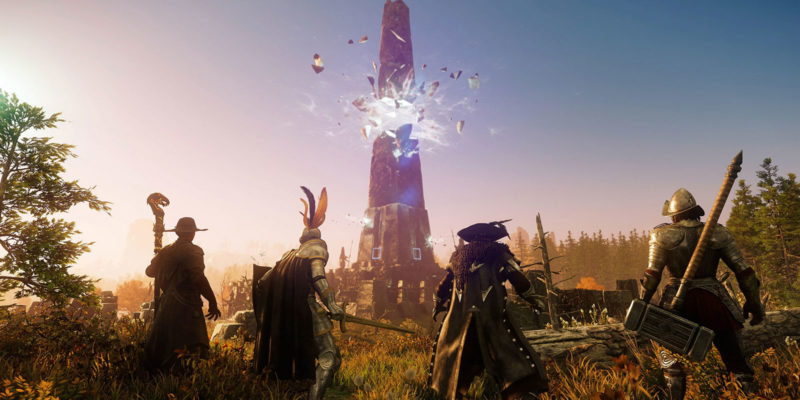 Here’s the breakdown by region:

It sounds like a lot, and it is, but how many players can be on a New World server? According to the devs, “you’ll be adventuring alongside over 1,000 other players in Aeternum.” UPDATE 9/28: With the game now live, the server cap appears to be 2,000 players. The developers are also adding more servers to help address the launch day surge. Best case scenario, the game could handle 170,000 players if they were equally spread out across the servers.

It seems ambitious for a new game, but New World’s open beta earlier this month proved to be a hit with over 141,000 concurrent players at one point.

The devs also confirmed on Twitter that “there will be some servers that have suggested languages to help players decide where they would like to play.”

Here’s a solid overview of what to expect when playing New World. It’s a little over 20 minutes, but it’ll break down much of the game if you missed out on trying it yourself during the open beta.

New World officially releases next week on September 28. The pre-release beta showed there’s still an appetite for MMOs. And Amazon is expecting the beta’s success to translate with the official release, judging by the number of servers coming at launch.