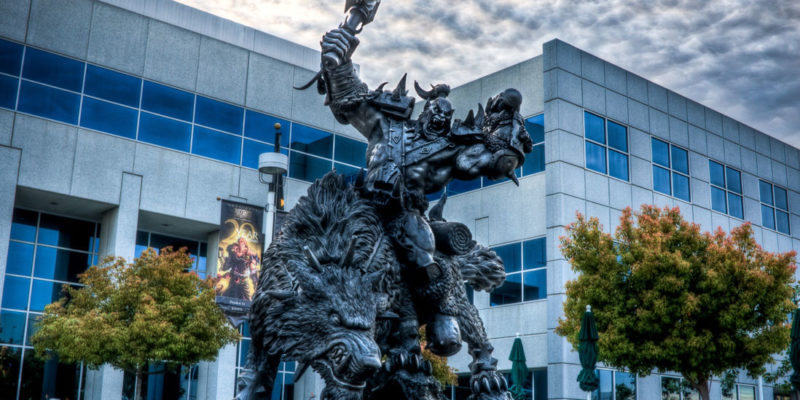 Activision Blizzard announced J. Allen Brack is stepping down as President of Blizzard “to pursue new opportunities,” in a statement as the company grapples with a damning lawsuit from the state of California.

Oneal was the former head of Vicarious Visions studio before becoming an executive VP of Development at Blizzard.

Ybarra was a senior exec at Microsoft’s Xbox division before joining Blizzard in 2019 as an executive VP and general manager.

“Jen and Mike will share responsibility for development and operational accountability for the company,” Allegre said.

“Both are leaders of great character and integrity and are deeply committed to ensuring our workplace is the most inspired, welcoming environment for creative excellence and to upholding our highest game development standards.”

Brack is referred to by name in last month’s lawsuit from the California Department of Fair Employment and Housing, which accuses the company of failing to handle sexual harassment and discrimination against female employees.

From the suit: “Numerous complaints about unlawful harassment, discrimination and retaliation were made to Defendants’ human resources personnel and executives, including to Blizzard Entertainment‘s president J. Allen Brack. But, Defendants failed to take effective remedial measures in response to these complaints.”

In particular, the suit mentions Brack’s response to allegations against senior creative director of World of Warcraft, Alex Afrasiabi.

“J. Allen Brack, president of Blizzard Entertainment, allegedly had multiple conversations with Afrasiabi about his drinking and that he had been ‘too friendly’ towards female employees at company events but gave Afrasiabi a slap on the wrist (i.e. verbal counselling) in response to these incidents,” the suit claims.

A round-up from Kotaku goes over the allegations and the fallout from last month’s lawsuit filing.

“I am confident that Jen Oneal and Mike Ybarra will provide the leadership Blizzard needs to realize its full potential and will accelerate the pace of change. I anticipate they will do so with passion and enthusiasm and that they can be trusted to lead with the highest levels of integrity and commitment to the components of our culture that make Blizzard so special.”

Activision Blizzard is expected to release their latest quarterly earnings this afternoon. We’ll see if they address the lawsuit again in the earnings call with analysts.