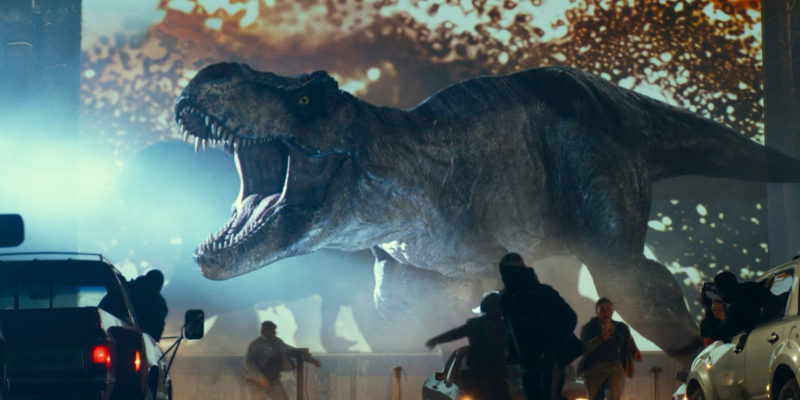 My guy should have done a 360. The second trailer for Jurassic World Dominion is out, and while it’s pure nostalgia with all the returning characters, I’m all for it. Pure popcorn.

The velociraptor Blue is now a proud parent because life always finds a way. Right, Ian?

Judging by the trailers, dinosaurs are now freely roaming the Earth, causing rampant destruction because we suddenly don’t have a military-industrial complex? Yeah, that tracks.

The best part of the trailer is when the guy on what looks like a razor scooter is trying to escape the T-rex fight and promptly gets gulped down. That’s one way to avoid those busted ankles.

Obviously, the movie looks absurd, but it’s so laughable it pulls you in. Here’s the official synopsis from Universal:

Dominion takes place four years after Isla Nublar has been destroyed. Dinosaurs now live—and hunt—alongside humans all over the world. This fragile balance will reshape the future and determine, once and for all, whether human beings are to remain the apex predators on a planet they now share with history’s most fearsome creatures.

The film is set for a June 10 release, and tickets are on sale now at Fandango. 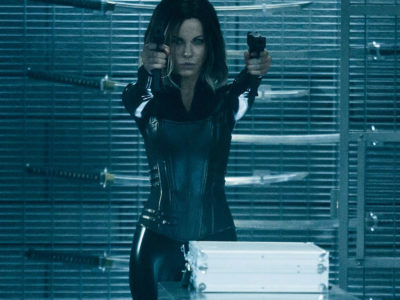