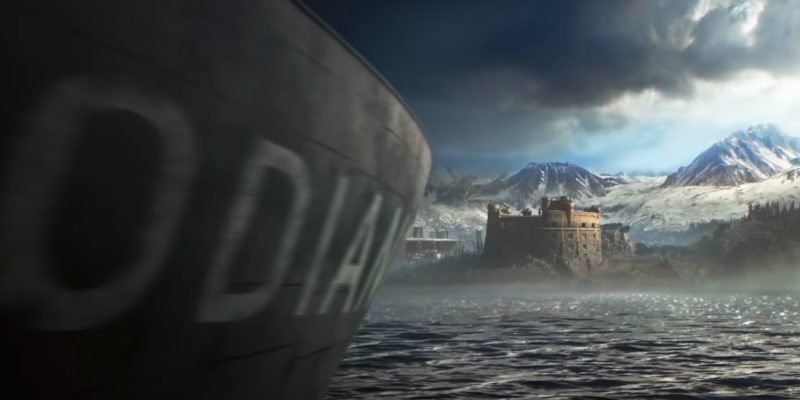 So, I was looking forward to learning more about the new stuff coming to Warzone – but Zombies steals the show in today’s Season 2 trailer. Outbreak brings Zombies to Black Ops Cold War’s Fireteam maps. It looks pretty damn epic in the trailer.

Treyarch promises a much bigger info dump over the next few days. Here’s how the devs describe the new mode today:

Continuing the Dark Aether story, Outbreak takes place across massive play spaces throughout the Ural Mountains, packed with new enemies, team objectives, player rewards, and intel to discover on foot, in vehicles, or by jump pads. Whether its hunting down elite enemies using a satellite tracker, escorting a Rover that detects dimensional portals, or holding out against zombies in a confined Dark Aether zone, agents of Requiem will need to complete these investigations before they can Exfil… or risk entering a Dark Aether portal to a new region for even more rewards.

I’m not the biggest die-hard Zombies fan, but I’ll be firing up Cold War again in between Warzone matches to see what Outbreak is all about.

Speaking of Warzone, hopes for a new map were dashed with today’s trailer and roadmap announcement. Instead, we’re getting a few new points of interest and two new modes (Exfiltration and Rebirth Island Resurgence Extreme). Here’s the little we know about the new locations straight from today’s announcement:

Last sighted off the coast of Rebirth Island, recent intel suggests that the cargo tanker Vodianoy has gone missing at sea. However, recent visuals have identified a vessel matching the description heading toward the Port of Verdansk. Operators within the vicinity are recommended to exercise extreme caution, as the ship is carrying unknown cargo, and its crew are not able to be contacted.

Meanwhile, within Verdansk, something major is beginning to rumble deep underground.

Although other reports on these new locales are still classified, we’d advise to explore these areas at your own risk.

Warzone celebrates its first anniversary on March 10. And with seasons typically lasting two months, it looks like we reset the clock and wait for April for the possibility of a new map. Unless the Warzone devs have something big in store for Warzone’s first anniversary.