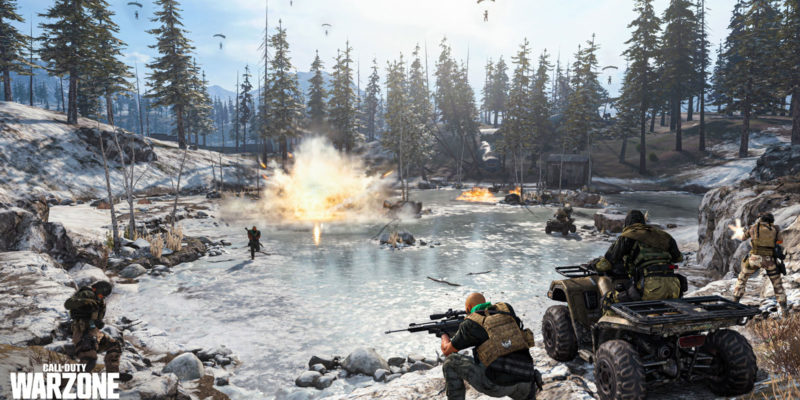 MarleyThirteen is known for leveraging his community to test the limits of a Warzone server. Ever wonder how much cash a single player can hold? It turns out it’s just short of $1.7 million. One of his latest shenanigans involves bringing every vehicle into one spot and creating the biggest explosion in Warzone.

It’s hard enough getting my three buddies to work together, I can’t imagine trying to get a whole lobby to do it. After a few attempts, including a failed get-together at Airfield, MarlyThirteen and his followers finally brought all the vehicles together near Promenade East.

Marley gets things started, with dozens of cluster strikes soon following. In a matter of seconds, the Warzone server crashes. The brief glimpse of dozens of artillery shells raining down was badass. It looks like Marley and crew hold the record for the biggest explosion in Verdansk, at least for a little while.

One of the biggest ongoing rumors/leaks is that a nuke will soon blow up Verdansk. With the most recent addition of zombies and missile silos, it finally looks like months of leaks and rumors are starting to come together.

The new Outbreak event is slated to end around the first anniversary of Warzone. We’ll have to wait and see if those newly opened up missile silos will be used. The rest of the leaks suggest we’ll see a new Warzone map using Cold War’s Fireteam maps and other Black Ops-themed locations.

Warzone remains one of the most popular games out there. The Call of Duty franchise owns the #1 and #2 spots on Xbox’s most played games chart, followed by Fortnite.

But the community is ready for Warzone to become more like other Battle Royale games with more frequent changes or new maps to freshen up the gameplay. Right now, everyone’s looking at March 11 as the next date for a potential big shake-up. We’ll see what next Thursday/Friday brings.