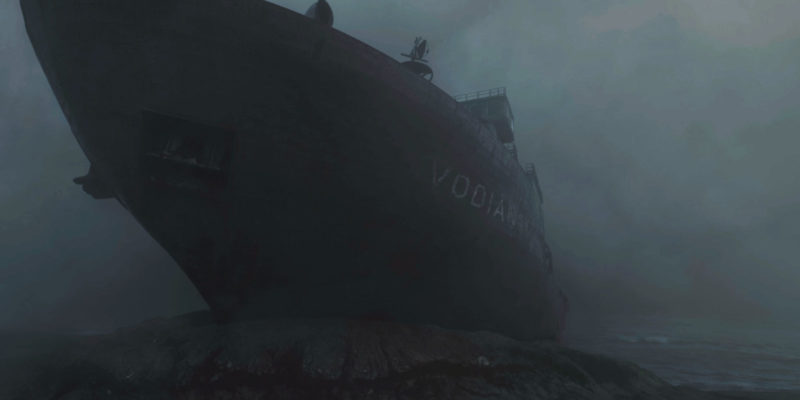 Cold War’s Season 2 is now live, which means new guns and a few significant Warzone changes. Let’s see what’s in store for us when we fire up Warzone today.

Now, leveling them up via Cold War might be a bit of a pain depending on which platform you’re playing on. The recent update tanks performance on my Xbox Series X. A PlayStation fix has already been deployed, and a fix for Xbox is said to be imminent. Hopefully, these performance bugs get ironed out later today. I was hoping to play some Outbreak, but the FPS hit is substantial.

Map changes. The most apparent change is one we’ve seen over the past week. That ship out in the water with a thunderstorm right above it has now run aground near Prison. It’s labeled as ‘Shipwreck’ on the map and also brings another significant change to Warzone – zombies. Some of the undead are also carrying a yellow key card which opens up yellow crates containing some quality loot.

The other additions are missile silos where the war monuments used to be. I’ve marked them below.

Raven also opted to close off a few places this update. Subway and Bunkers 00, 04, 05, 06, 09, and 11 are no longer accessible. Stadium Garage is also closed off now. Here’s the in-universe reason for the closure from the patch notes: “Due to the contamination, security protocol mandates a complete shut down of the following locations.”

I’m glad to see Raven toss in a few new locations. We all know Shipwreck is going to be the new hot drop for at least the next week. The three missile silos give folks who don’t want to drop with half the players a chance to see something new.

Plus, the missile silos look to play an integral part in the next big map change if recent leaks are to be believed. Check out TheGamingRevolution’s video from last week to learn more. He does have a good track record with his leaks, so it’s more a matter of when, not if the next big changes come to Verdansk.

What’s next for Verdansk? There are plenty of reasons to believe a nuke explosion will happen. Zombies, the new missile silo areas, and the Outbreak event happens to wrap up on the first anniversary of Warzone’s release (March 10, 2020).

If this does happen, we could finally get the long-rumored second map that brings all the Fireteam maps from Black Ops Cold War together into one massive Warzone map.

We’ll see what happens when the clock hits zero on the Outbreak event.